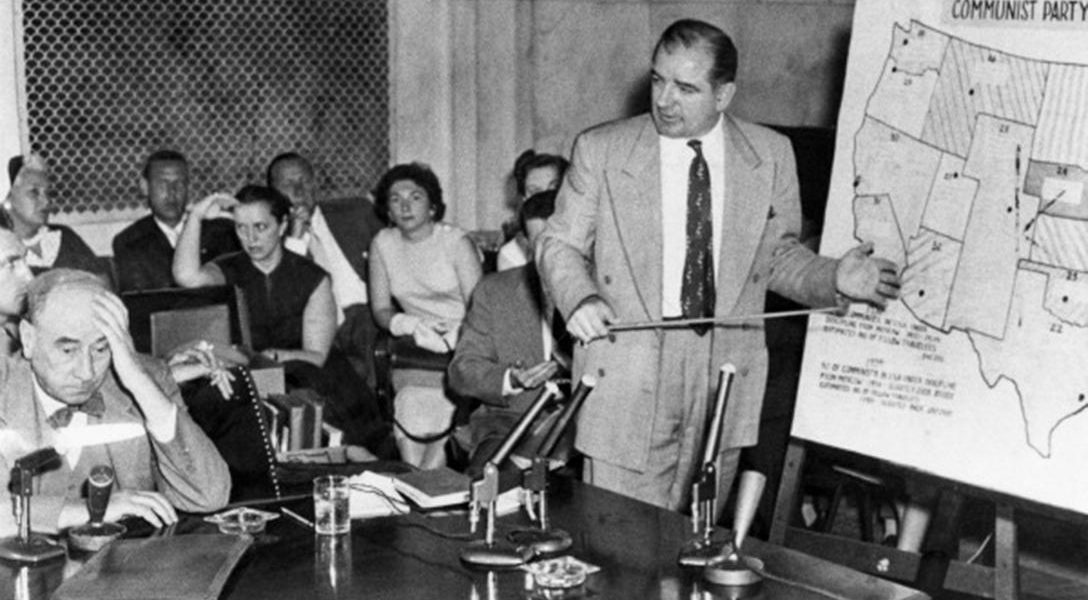 "You've done enough. Have you no sense of decency, sir, at long last? Have you left no sense of decency?" said Joseph Welch, special counsel for the United States Army. These famous words spoken on this day in 1954 are often cited as a catalyst in the downfall of Senator Joseph McCarthy and his rabid hunt of communists within the United States. About this photo: Joseph Welch (left), with United States Senator Joe McCarthy of Wisconsin (right), at the Senate Subcommittee on Investigations' McCarthy-Army hearings, June 9, 1954.  Photo credit: US Senate / Wikimedia
Editors' Picks

The U.S. Court of Appeals for the Fourth Circuit has ruled that six former Maryland dancers should have been considered employees, not independent contractors, and therefore were covered by the Fair Labor Standards Act.

Far-Right Austrian party Freedom Party loss the recent May election by a razor-thin margin. The final push that sealed the loss was from mail-in ballots that, according to Freedom Party chairman Heinz-Christian Strache, is part of a ‘systemic failure’ in Austria’s voting system. The Constitutional Court has 6 weeks — July 6th —  to call for a recount or re-election.

No matter how much Canadian oil sands producers cut costs, one industry CEO argues it can never be enough. It’s a recipe for slow economic death for the world’s dirtiest form of liquid fossil fuels.

Households on the island nation are now carrying a debt level that is equivalent to 162% of their annual disposable income — higher than the level reached before the global financial crisis.

Euro 2016, the second biggest sporting event this summer behind the Olympics, begins this Friday in France. With the recent terrorist attack in Paris still on everyone’s mind, politicians work diligently to secure stadiums, tourist spots, and open air ‘fan zones’. Yet, as some in the government have warned, too much planning diminishes freedom and plays right into the terrorists’ hands.