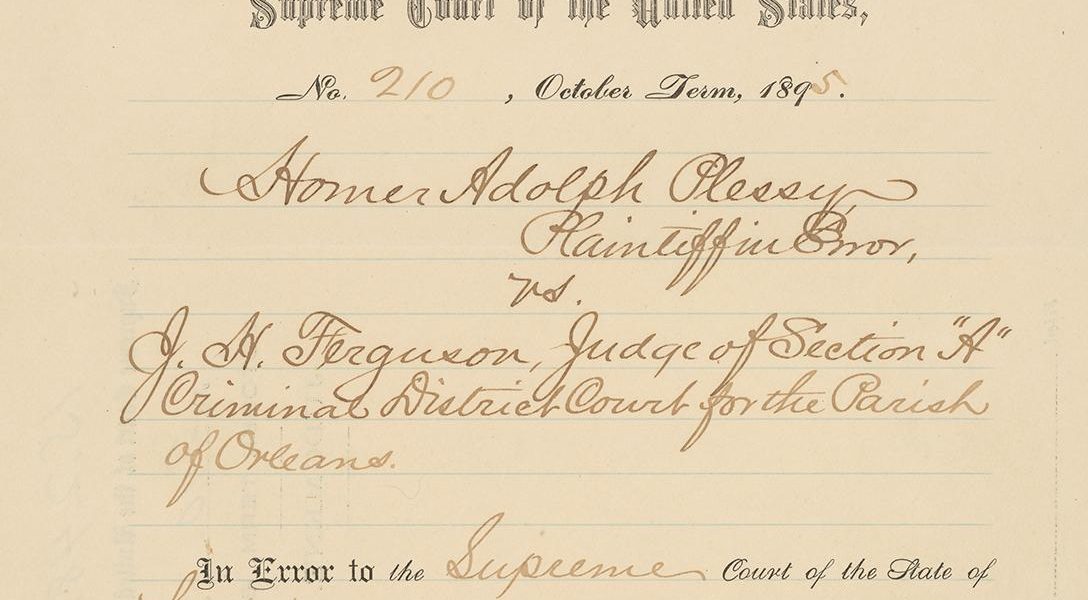 On this day in 1892, Homer Plessy bought a first-class ticket on the East Louisiana Railroad and sat in the "whites-only" seating area. This act of civil disobedience, was planned by the Citizens' Committee of New Orleans. Plessy lost the Supreme Court case that bears his name, Plessy v. Ferguson. The resulting "separate but equal" decision legalized state-mandated segregation for the next seventy years. About this photo: Judgment in Plessy vs. Ferguson  Photo credit: US Supreme Court / National Archives
Editors' Picks

A Face in the Crowd No More (Jeff C.)

Nearly 250 million video surveillance cameras have been installed throughout the world, and chances are you’ve been seen by several of them. Advancements in facial recognition technology mean anonymity may be a thing of the past.

Turns out he went “through channels” after all.

The military increase, aiming to create a ‘rapid response’ team, is meant to deter further Russian advances. This, in turn, only frustrates cooperation and inflames tension.

Where Have All the Flower Scents Gone? (Milicent)

Global warming has led to a decrease in the fragrance of flowers, and this, in turn, can affect the continued existence of the flower species: Those scents are needed to attract pollinating insects. The researcher who discovered this is at work trying to find a way to overcome the problem.

A nationalist website with close ties to the Kiev government has declared journalist Andrew Kramer a ‘terrorist’ (and published his home address and phone number) for presenting both sides of the conflict. This includes the pro-Russian rebels in Donetsk.

“Frustration and contempt” spread among progressives Monday night at the AP’s projection of Hillary Clinton as the Democratic Party’s nominee, despite warnings that it would be inaccurate to include superdelegates in their totals before July’s convention. Many believe the announcement to be an attempt to cut voter turnout for today’s primaries.