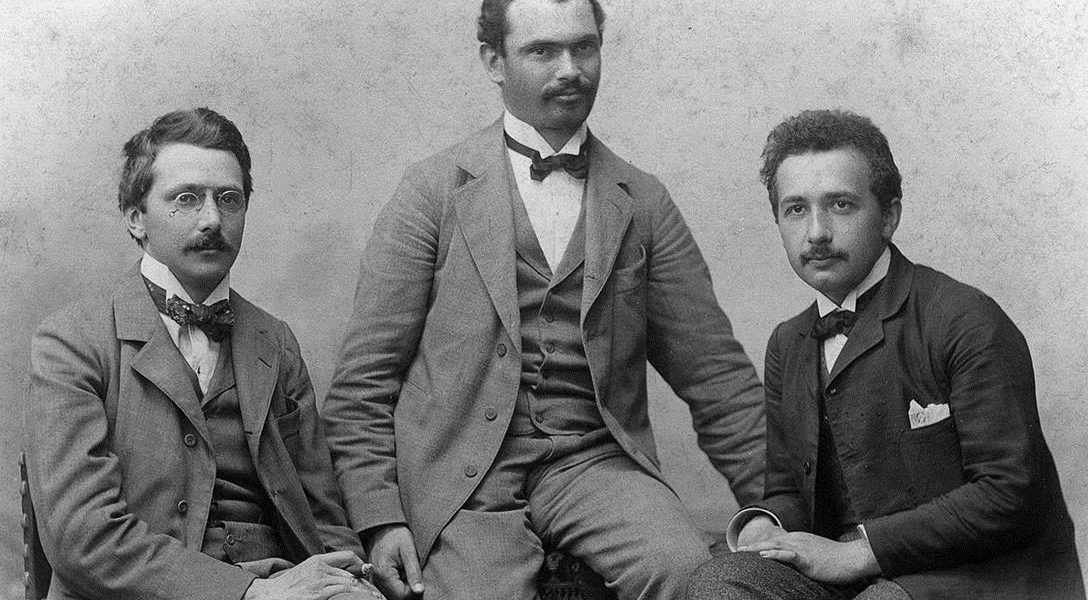 On June 30th 1905, Albert Einstein introduces special theory of relativity (STR) by sending his article "On the Electrodynamics of Moving Bodies" for publication, one of the pillars of modern physics. The paper corrects the view of Newtonian mechanics for motions nearing the speed of light.  About this photo: Taken in 1903, a youthful Einstein (right) with Conrad Habicht and Maurice Solovine.  Photo credit: Emil Vollenweider / Wikimedia
Editors' Picks

“There’s nothing like it, including the crisis — remember October the 19th, 1987, when the Dow went down by a record amount, 23 percent?” the former Fed chairman told CNBC. “It’s (the Euro) failing.”

House Staffers could have been drinking the water for months.

Sees Warren as addressing many of the concerns that people have about Clinton, and that, contrary to what some think, a ticket with two women is not “too much” for people to handle at this juncture.

Between Friday and Monday, worldwide markets hemorrhaged more than $3 trillion in paper wealth, according to data from S&P Global, the worst ever recorded.

The deadline former Senator Bob Graham was given by a White House official has passed, and his phone calls are no longer being returned. Meanwhile, Graham and a 9/11 survivor are seeking a PR firm to take on a likely Saudi campaign to discredit the chapter when it is finally released.

The administration’s attempt to curb human-rights abuses has very much not gone to plan.