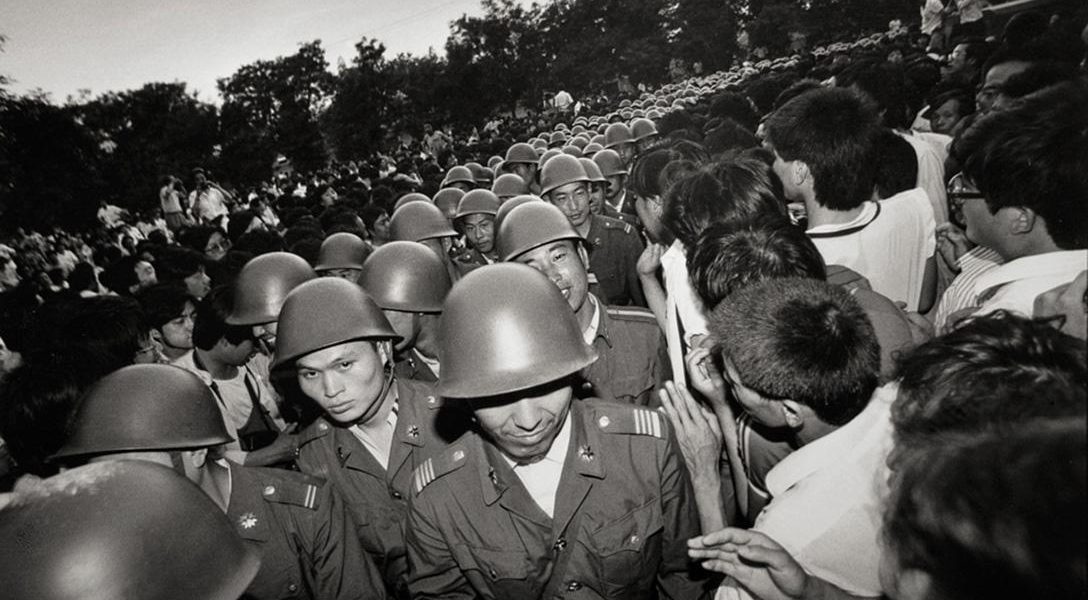 Today marks the beginning of the 1989 Tiananmen Square Massacre, as Chinese leaders met to finalize orders for the enforcement of martial law.  About this photo: Chinese PLA troops make their march toward Tiananmen Square on June 3, 1989. Photo credit: Robert Croma / Flickr
Editors' Picks

Ohio, which is once again expected to play a crucial role in the presidential election, has purged hundreds of thousands of voters from the rolls because they had not voted since 2008.

As this narrative shows, all they want is to ask him about the horse race. And he pushes back.

On the heels of yet another downwardly revised growth forecast by the International Monetary Fund, the global economy’s extended period of sluggishness has fostered “a “self-fulfilling … trap,” according to OECD chief economist Catherine Mann.

The House Members & Candidates Who Got Most Wall Street Money (Russ)

These five are from both parties — they’re listed here — and one wonders what exactly Big Finance will be getting in return.

Green Power Is Thriving Around the World (Milicent)

Investment in renewable sources of energy – solar, wind, and hydropower — reached $286 billion worldwide in 2015, as more and more countries are preferring renewables. They are now “cost competitive” with fossil fuels. China, US, Japan, UK, and India added on the largest share of green power. And, for the first time, developing countries outspent the richer nations on renewables.

A satirical look at a serious phenomenon where “market exchange” plays out over at SeekingArrangements.com. “No, this is not a joke, this is big business and makes $10 million a year in revenue.”

A new study shows that a dagger entombed with the young king was made of metal “mined from a meteorite.”

While noting the ‘day after’ mistake, Obama still sees some benefit in intervention.