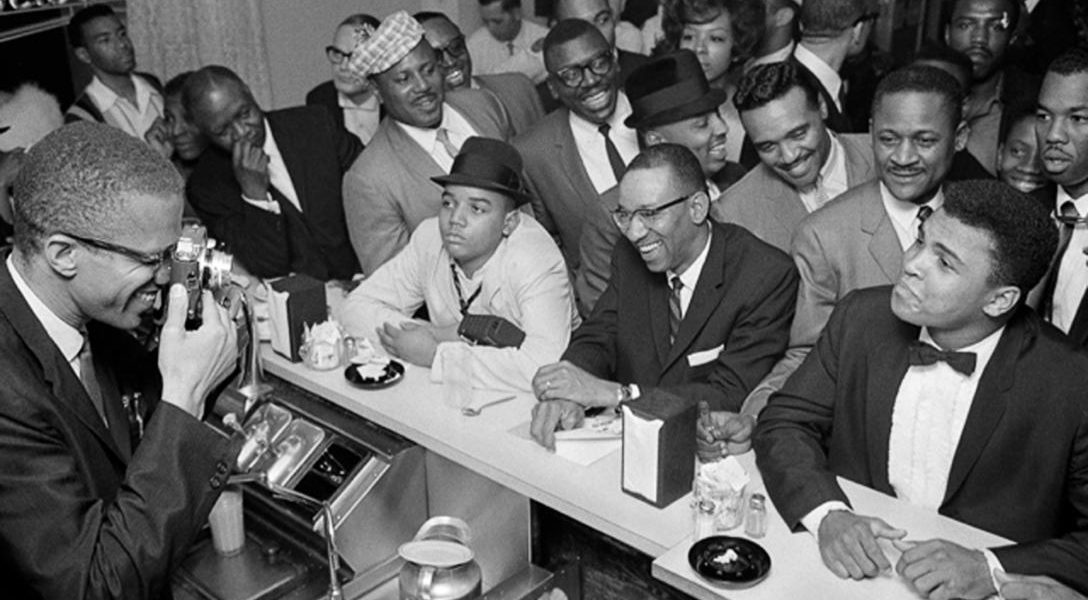 Malcolm X announced the establishment of the OAAU at a public meeting in New York's Audubon Ballroom on June 28, 1964. Later, in a memo dated July 2, 1964, FBI Director J. Edgar Hoover described OAAU as a threat to the national security of the United States. About this photo: MalcolmX takes a photograph of Muhammad Ali after congratulating him on his defeat of Sonny Liston in 1964.  Photo credit: EP Houston / Wikimedia
Editors' Picks

The ground surrounding the San Andreas Fault is “rising and sinking,” according to an L.A. Times analysis of a scientific study by the journal Nature Geoscience. Stress has been building up along the fault for more than a century, and Southern California is way overdue for a major earthquake.

At least two House Democrats face possible ethics investigations after they used their participation in a gun control sit-in on the floor of the House for campaign purposes.

The NSA whistleblower is being given a free speech award by PEN International in Norway, but the government there will not guarantee that they won’t hand him over to the US, which is likely to submit an extradition request if he attends.

Huckabee to Pay $25,000 of His Own Money for Copyright Infringement (Klaus)

Because Mike Huckabee used the song “Eye of the Tiger” from the band “Survivor” without permission at a rally welcoming Kentucky county clerk Kim Davis from jail, he ended up having to pay $25,000 in an out-of-court-settlement. While he initially tried to pass off the amount as a campaign expense, the Federal Election Commission ruled that the money had to come out of his own pocket.

Oil companies responded to years of elevated oil price with a growth in debt – stimulated by the decline in interest rates. This was used to grow CAPEX in a bid to grow supplies of costlier oil for an expected growth in consumption that could sustain that high oil price. It hasn’t worked out that way.

A break in the alliance came after Israeli special ops confronted a Turkish flotilla attempting to provide aid to Palestinians in the Gaza Strip. After negotiating a settlement, the two are back on good terms.