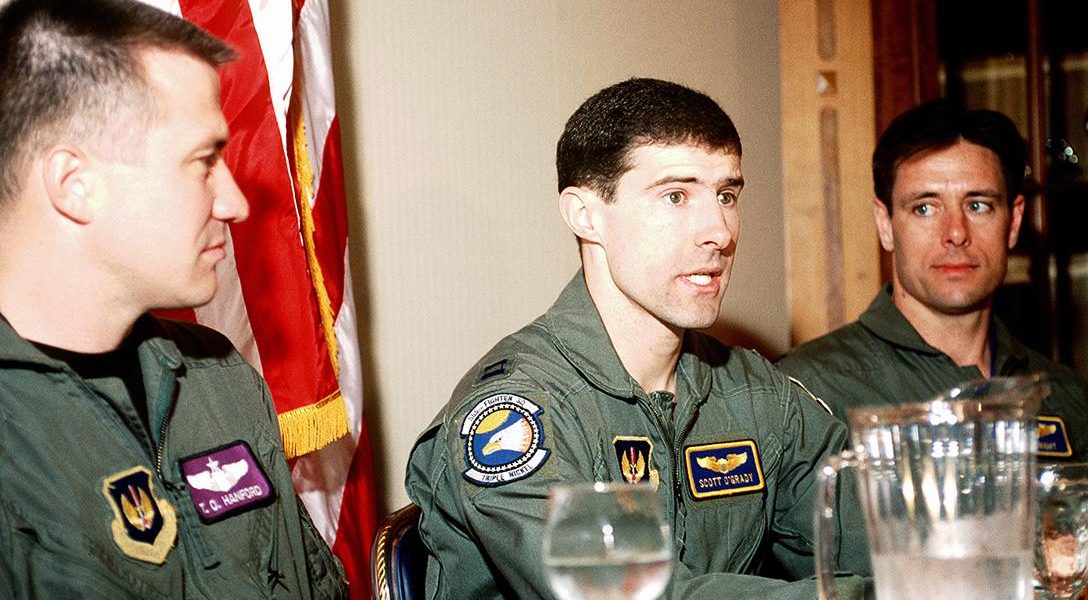 On June 2, 1995 United States Air Force fighter pilot Scott O'Grady is shot down over Bosnia by an SA-6 mobile SAM launcher, and is forced to eject into hostile territory.  The 2001 film, "Behind Enemy Lines" is loosely based on his experiences.  About this photo, Scott O'Grady at press conference after his rescue.  Photo credit: US Govt / Wikimedia
Editors' Picks

Donald Trump continues to rack up endorsements from a broad alliance of supporters that includes Russia and white supremacists. Latest addition to the Trump coalition is North Korea, which endorsed the presumptive GOP nominee this week.

With all the anti-trade rhetoric driving 2016 Presidential politics, TPP supporters expect Obama to have a strong last-minute push for his legacy-defining trade deal.

On his Facebook page, ex-Labor Secretary Robert Reich argues that if Sanders had his way, a lot of the issues fueling the growth of far-right extremism globally would wither away.

Analysis of satellite images revealed that, for 40 years, ice has been retreating from almost the entire west coast of Antarctica. And some of the biggest changes, where ice has rapidly thinned and retreated, correspond to where the ice front is deepest. These findings are expected to help exact estimates of global sea level rise caused by ice melt. The analysis was conducted by the University of Edinburgh on satellite images captured by NASA, the US Geological Survey, and the European Space Agency.

Despite the shooting of two children, and soldiers digging “bullets out of the body of at least one of the dead pregnant women,” the DoD concluded that U.S soldiers followed the rules of engagement during a February 2010 night raid.

It seems everything is a little more intense in the Big Apple. Check out the slugfest between competing ice cream truck companies.