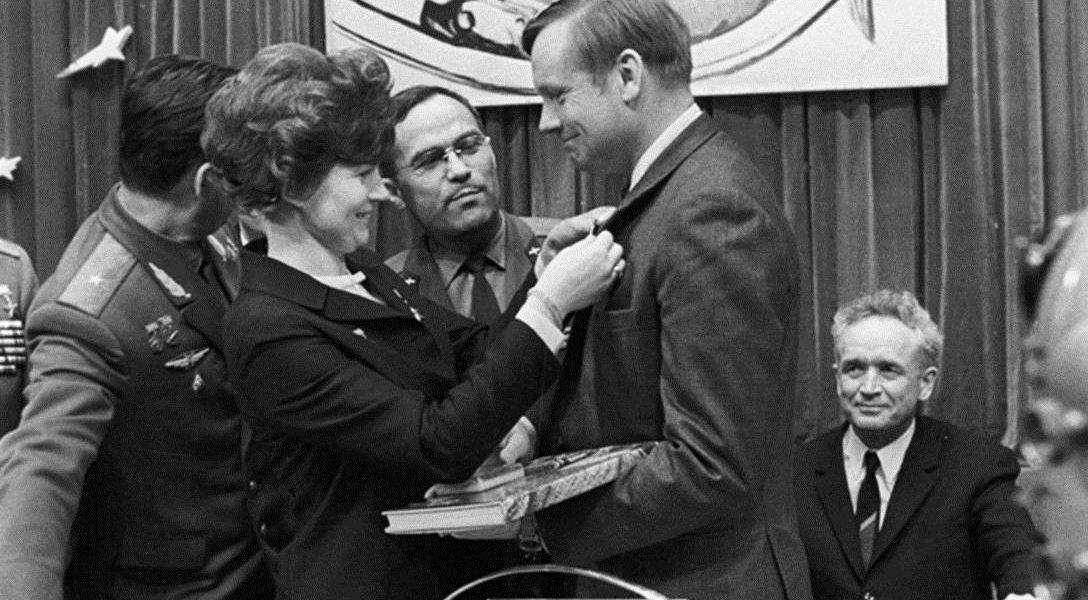 On June 16, 1963 Cosmonaut Valentina Tereshkova becomes the first women in space aboard Vostok 6.  She is selected from four hundred applicants and five finalists.  She completed 48 orbits of the Earth during her three days in space.  About this photo: Valentina Tereshkova presents badge to U.S. Astronaut Neil Armstrong in memory of his visit to the Gagarin Cosmonaut Training Center in Star City.  Photo credit: RIA NOVOSTI / Wikimedia
Editors' Picks

Scientists say we will never again in our lifetimes witness atmospheric carbon dioxide concentration levels below 400 parts per million (ppm).

An American effort that has crossed over into Toronto, Canada’s most populous city. There, many black Canadians experience similar problems to their American counterparts.

Only 46% of Republicans Think Their Candidates Have Good Ideas (Klaus)

According to Gallup, the number of Republicans who think their candidates have good ideas has plunged from 65% in February to 46% now. Among Democrats, 58% now answer the same question about their candidates in the affirmative — up from 40% in January.

From lion-hunting dentists to Democratic superdelegates, journalists and friends of Brock Turner — there are many who have experienced the wrath of an angry online mob. Do those seeking Internet “justice” go too far and where do we draw the line?

While much was detailed in the Senate’s Torture report, the released accounts reaffirm a sickeningly reality that occurred during the aftermath of 9/11.