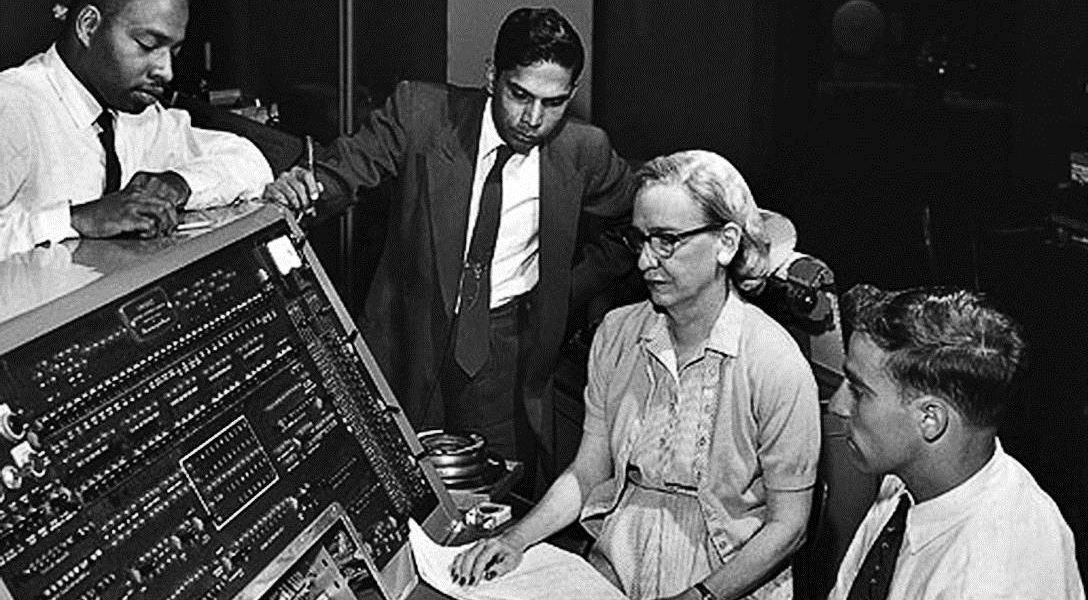 On June 14th, 1951 the first Univac Computer is dedicated by the United States Census Bureau.  The fifth machine was first used by CBS to predict the result of the 1952 presidential election.  With just a sampling of 1% of voters, it predicted an Eisenhower landslide, while public opinion favored Stevenson.  About this photo: Grace Murray Hopper ("Amazing Grace") at the UNIVAC keyboard, an American computer scientist and United States Navy Rear Admiral.  Photo credit: Smithsonian Institution / Wikimedia
Editors' Picks

This columnist dares raise the unspoken issue about why so many American males obsess on guns, beyond all rationality.

Assange doesn’t specify when or where. Says AG Lynch will not indict Clinton but FBI may seek “concessions” under a Clinton Administration.

A gay couple was arrested in Moscow while trying to honor the victims of the Orlando shooting.

Democrat Tulsi Gabbard’s petitions states: “We should all agree that unelected party officials and lobbyists should not have a say in who the presidential nominee of our party is.”

The Amaq News Agency has released a statement crediting an “Islamic State fighter” for the killing of a policeman and his companion outside Paris on Monday evening.

Who Will Help House Working Class and Poor? (Russ)

Interesting analysis of this dilemma, with focus on New Orleans as an example.

Libyan Investment Authority claims in a lawsuit that it lost $1.2 billion from misleading deals by Goldman Sachs executives. They even have the emails to prove it.