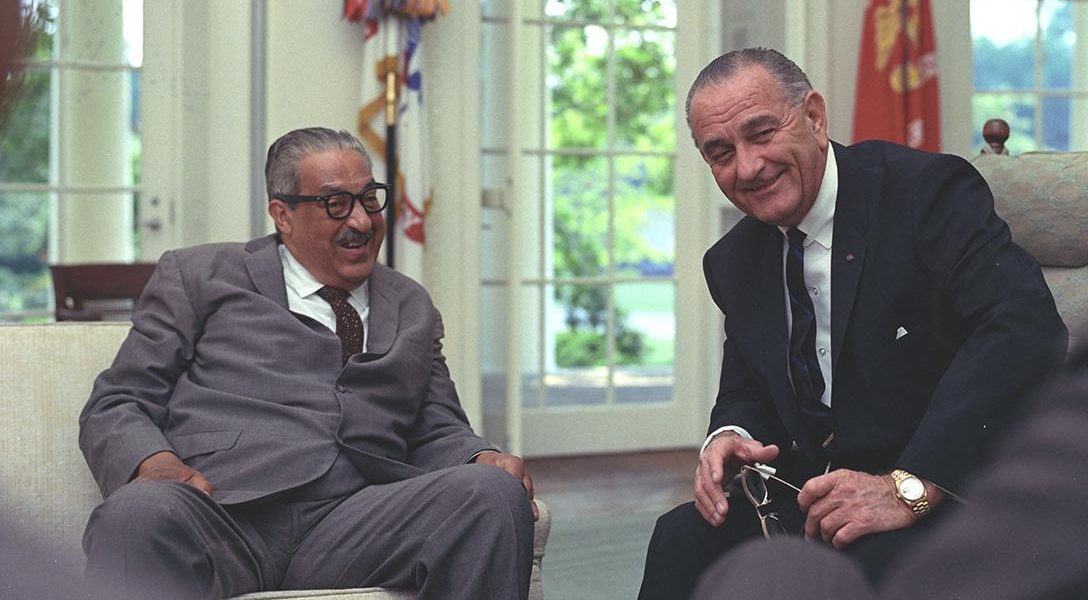 On June 13, 1967 U.S. President Lyndon B, Johnson nominates Solicitor-General Thurgood Marshall to become the first African-American justice on the U.S. Supreme Court. President Johnson stated: "the right thing to do, the right time to do it, the right man and the right place."  Marshall was confirmed by a Senate vote of 69-11 on August 30, 1967.  About this photo: Hon. Thurgood Marshall and President Johnson meeting at the Oval Office after the announcement of Marshall's nomination.  Photo credit: Public Domain / Wikimedia
Editors' Picks

One could argue “that’s just how politics work,” but to put a wealthy securities trader with no qualifications on a panel that advises the president on nuclear weapons issues further cements Clinton’s reputation of a favor trader.

Fight for ISIS? The Door is Always Open (Dan)

An article that looks at the ease of pledging loyalty to ISIS, even posthumous lionization, without having any contact with the leadership.

An area that has frequently been ahead of the nation on critical issues is once again leading the way —  saying they are willing to pay to clean up pollution and fight rising sea levels. Rest assured that those who don’t want to pay will end up making us all pay in the end.

The Next Way Hackers Will Victimize US: Ransomware (Russ)

As credit card companies and others get better at preventing hackers from fraudulently obtaining funds and services, a new business model has appeared: hijacking companies’ data, and demanding a ransom to release it.

At Warren’s talk on income equality in Northampton on Sunday, a small crowd of Sanders supporters gathered to protest her endorsement of Clinton. The protesters said they were mystified by her support for the Democratic “establishment” candidate because it flies in the face, they say, of everything she has always stood for.

Peter the Great’s ‘Amber Room’ in a Nazi fortress in Poland? (Dan)

The long-lost treasure, built by Germany and passed along to Russian Tsar Peter the Great as a gift, could be tucked away in the forests of Poland.