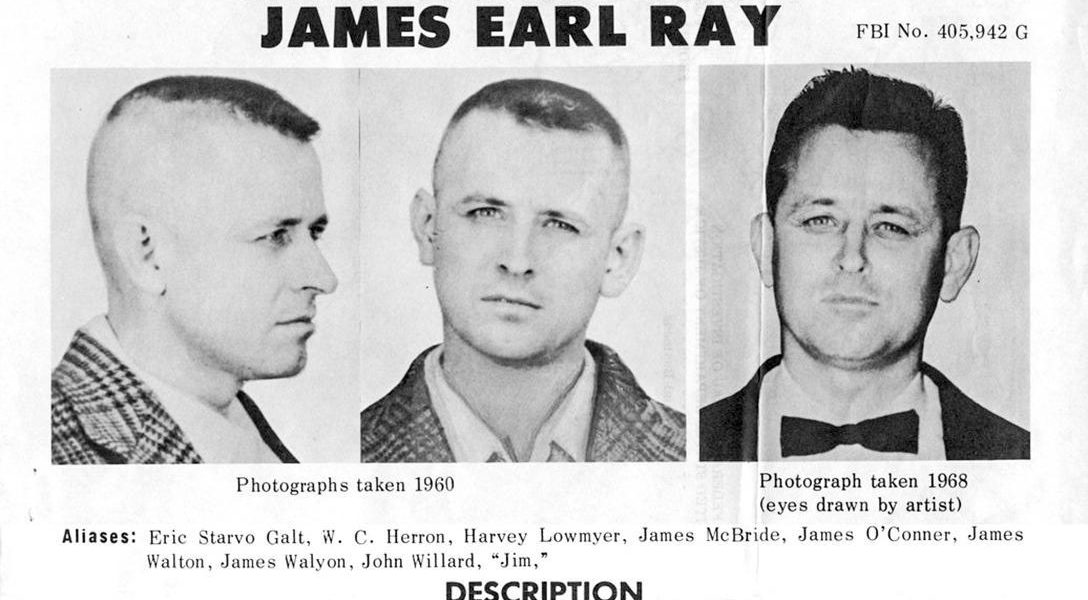 On June 10, 1977, James Earl Ray and six other convicts escaped from Brushy Mountain State Penitentiary in Petros, Tennessee. Ray and the other inmates were captured and returned to prison on June 13. About this photo: This FBI poster was from Ray's first appearance on the FBI’s Most Wanted List in 1968. His 1977 escape earned Ray a second entry on the list.  Photo credit: Federal Bureau of Investigation / Wikimedia
Editors' Picks

Arizona Could Be Out of Water in Six Years (Jeff C.)

Prolonged drought and a rapidly expanding population are pushing Arizona’s water system to its limit.

Think the UN is just a consortium of countries with bribes and bad deals in dark, smoke-filled rooms? You were…right.

In yet another sign that the oil industry’s yield costs far more to produce than world demand is willing to pay, Royal Dutch Shell said in a statement that up to 10% of its oil and gas production were tagged for disposal. The energy behemoth plans to exit five-to-ten countries over the next two years.

The suit was dropped after a group backing the re-election campaign of Attorney General Pam Bondi received a $25,000 check from a Trump family foundation, citing “insufficient grounds to proceed.”

France’s president Francois Hollande has low favorability amongst his own Socialist party as well as the general public. Emmanuel Marcon, a former Rothschild banker and product of the elite, thus sees an opening to become the next candidate on the Socialist ticket. Another reminder of the topsy-turvy year in politics.