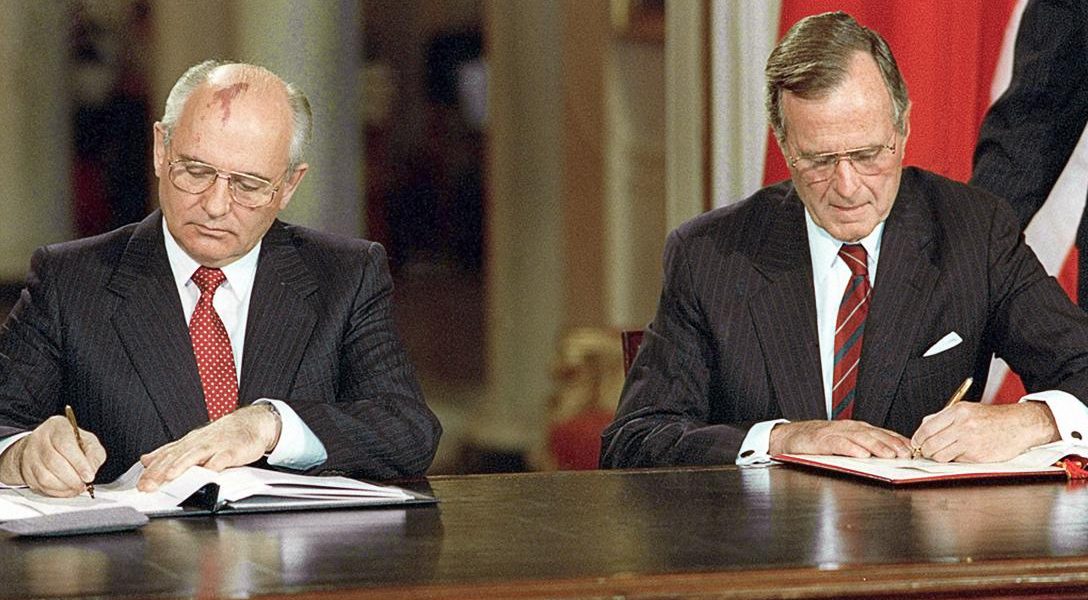 On June 1, 1990, Presidents George H.W. Bush and Mikhail Gorbachev sign the 1990 Chemical Weapons Accord to end chemical weapons production.  The bilateral agreement required the CW destruction to begin before 1993 and reduce CW stockpiles to no more than 5,000 agent tons each by December 31, 2002.  It included a mutual pledge to support a global ban on chemical weapons.  About this photo: Bush and Gorbachev simultaneously sign the Accord. Photo credit: RIA Novosti / Wikimedia
Editors' Picks

In a stunning reversal for an organization that rests at the bedrock of the modern capitalist system, IMF authors have put forth a research paper titled: “Neoliberalism: Oversold?”

Contaminants from 2010 Oil Spill Still Linger Below the Surface (Milicent)

After oil from the Deepwater Horizon had been removed from the surface of the Gulf of Mexico, remnants of it combined with microscopic algae and other marine debris (black marine snow) have descended to the seafloor – where they can contaminate the food chain. And scientists were able to prove these substances had the signature of the Deepwater Horizon.

Turkish President Recep Tayyip Erdogan, who already said women are not equal to men when he took office in 2014, has called on Muslims to reject contraception and have more children.

Dictator loves it that he is talking about pulling US troops from South Korea. Also presumably admires The Donald’s swagger.

The bill, sponsored by two Republican Senators, would give more power to the Office of Special Counsel — the key government channel for whistleblower grievances — and also make that agency accountable to an outside inspector general so its own employees could be freer to file complaints without retaliation.

One man’s battle to save mangrove forests, which serve as carbon super-scrubbers. The forests are threatened by the shrimping industry.

Latinos May Not Turn Out for Either Democrats or Republicans (Daniel)

Trump’s rhetoric hurts Republicans, Obama’s raids on immigrant Latino families hurt Democrat chances at what was supposed to be an overwhelming turnout for anybody but Trump.