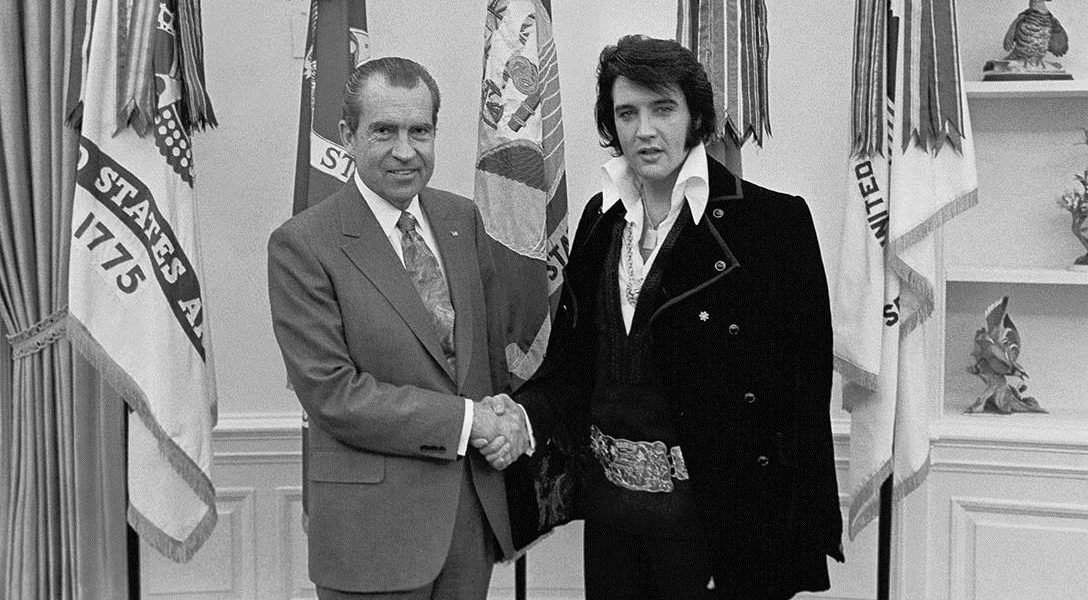 The House of Representatives Judiciary Committee votes 27 to 11 to recommend the first article of impeachment (for obstruction of justice) against President Richard Nixon on July 27, 1974.  About this photo: President Nixon and Elvis Presley meet at the White House in 1970.  Photo credit: White House / Wikimedia
Editors' Picks

The social network’s CSO Alex Stamos claimed the site’s algorithm may have denoted the links as spam or malicious content, and stated that the issue had been “fixed.” The incident is the latest in a string of controversies regarding the censorship of content on Facebook.

The New York Times asks if the extraordinary unpopularity of Donald Trump and Hillary Clinton could make more voters look at Gary Johnson and Jill Stein. A Utah poll has Johnson performing equally with Trump and Clinton, which could hand one of the reddest states in the country to a Democrat.

Marchers gathered on one of the hottest days of the year to call for a fracking ban, investment in renewable energy sources, and environmental justice. Notable groups such as We Are Seneca Lake and ACTION United appeared at the march. The daughter of slain Honduran environmental activist Berta Cáceres, Laura Zuñiga Cáceres, also spoke.

Quantitative easing – also known as dangerously loose monetary policy in a desperate bid to maintain banking liquidity – is running at a record $180 Billion Per Month … and rising.

‘Guccifer 2.0’, a copycat of hacker ‘Guccifer’,  is claiming responsibility for the DNC hack. Though claiming to be Romanian, language experts and journalists believe the syntax and actions seem closer to Russian-state power. However, like North Korea’s apparent hack of Sony Pictures in 2014, the allegations are entirely conjecture.

ISIS Claims Responsibility for Attack on Kurds in Syria, Deadliest in Years According to Rights Group (Jesse)

The death toll is hovering at 50 but is expected to rise in IS attack on Kurdish stronghold of Northeastern Syria. The US-backed Kurdish YPG forces have taken back or maintained areas of territory from the extremist group amid the ongoing Syrian civil war. While the death toll expected higher than the Orlando shootings, Western media maintains double standard.