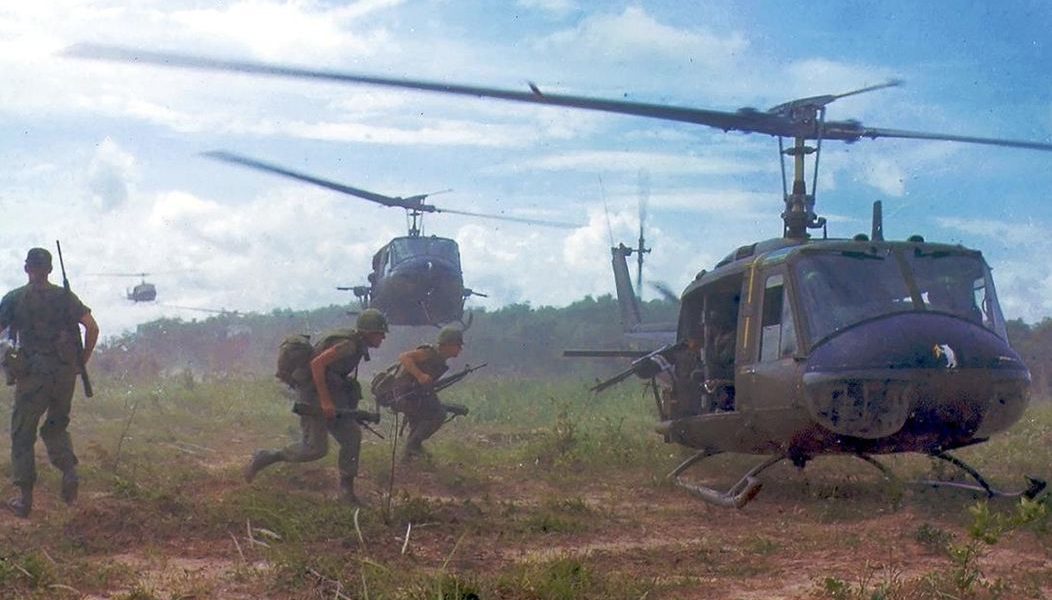 On July 25, 1969 US President Richard Nixon introduced the Nixon Doctrine. Nixon stated, "The United States would assist in the defense and developments of allies and friends," but would not "undertake all the defense of the free nations of the world." A shift in policy aiming for "Vietnamization of the Vietnam War."  About this photo: US infantry on ‘Operation Wahiawa’, a search and destroy mission conducted by the 25th Infantry Division, northeast of Cu Chi, South Vietnam, 1966.  Photo credit: NARA / Wikimedia
Editors' Picks

George W. Bush has told his inner circle he’s worried that he may be the last GOP president the United States will see. We certainly live in astonishing times!

A new NASA-led study found that, because of deficiencies in the way temperatures were recorded in the historical records of the last 150 years — about 20% of global warming was missed. For example, data from the Arctic falsely appears to show less warming, because fewer historic temperatures were recorded from the Arctic since it is so inaccessible.

Roger Ailes May Be Coming to the Trump Campaign, Says Trump (Dan)

Not long after the Fox News head stepped down amidst allegations of sexual harassment, rumors began flying on where Roger Ailes would head next. Trump said it just may be his campaign.

The National Association of Mayors asked for new security protocols for mayors, and to investigate the separate incidents, which were only hours apart.

Clinton Camp, NYT and Others Say Russia is Behind DNC Email Link (Dan)

A trove of Democratic National Committee emails were published by Wikileaks over the weekend, prompting DNC Chair Debbie Wasserman Schultz to step down after the convention. Who could be behind the leak? Vladimir Putin, of course…according to the Clinton camp.

Humans to Honeyguide Birds: Show Us the Honey! (Milicent)

Because of bees, African honeyguide birds can’t get at their honey — but these birds know where it is. And humans can’t get the honey because they don’t know where it is — but they know how to smoke out the bees. So a deal was made. The birds show the humans where the honey is — and the birds get a share. The humans use special calls to solicit the bird’s help, and sometimes the birds initiate the hunt, recruiting specific humans to do the job.