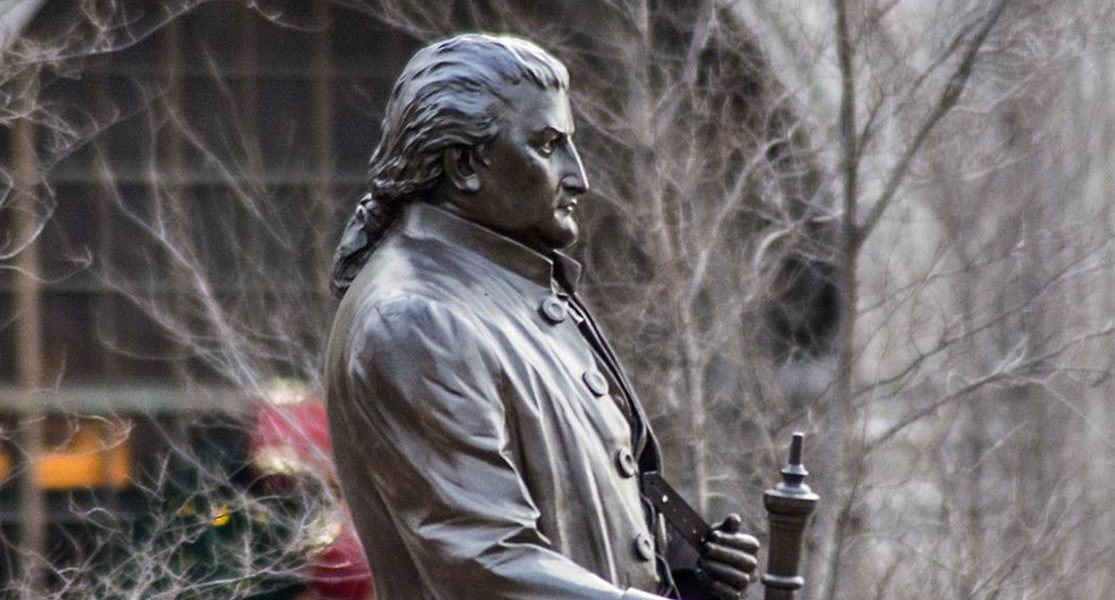 The Republican National Convention ended yesterday affording Cleveland, Ohio residents the opportunity to rejoice in their return to normalcy.Clevelanders also have another reason to celebrate today, as July 22nd marks the city’s founding 220 years ago by General Moses Cleaveland. The eventual shortening of the name to ‘Cleveland’ was either the result of a misspelling on a map or a typesetter’s shortcut. About this photo: A statue of General Moses Cleaveland stands in Cleveland's Public Square.   Photo credit: Erik Drost / Flickr (CC BY 2.0)
Editors' Picks

Presumably we can all think of plenty of funny explanations for this — and for any correlations that may or may not exist.

Senator Tim Kaine, who is on Clinton’s VP short list, has signed two letters urging banking deregulation. Kaine is also a proponent of the TPP, which was not scrapped by the DNC even though Clinton (and Sanders) have spoken against it.

The Bromance Between Trump and Putin (Gerry)

When Trump cozies up to his Russian counterpart-in-self-aggrandizement, serious policy implications emerge.

French prosecutor François Molins believes Nice attacker Mohamed Bouhlel ‘plotted for months’ and was helped by five other attackers, who were arrested on Thursday. This comes despite no evidence linking Bouhlel to ISIS or any other terrorist organization, as suggested by the media.

Why Do Sloths Move So Slow? (Trevin)

You would too if all you ate were leaves. According to a new study, in order to get the most out of their food sloths have slow metabolisms, expend very little energy, and have very long digestive tracts.