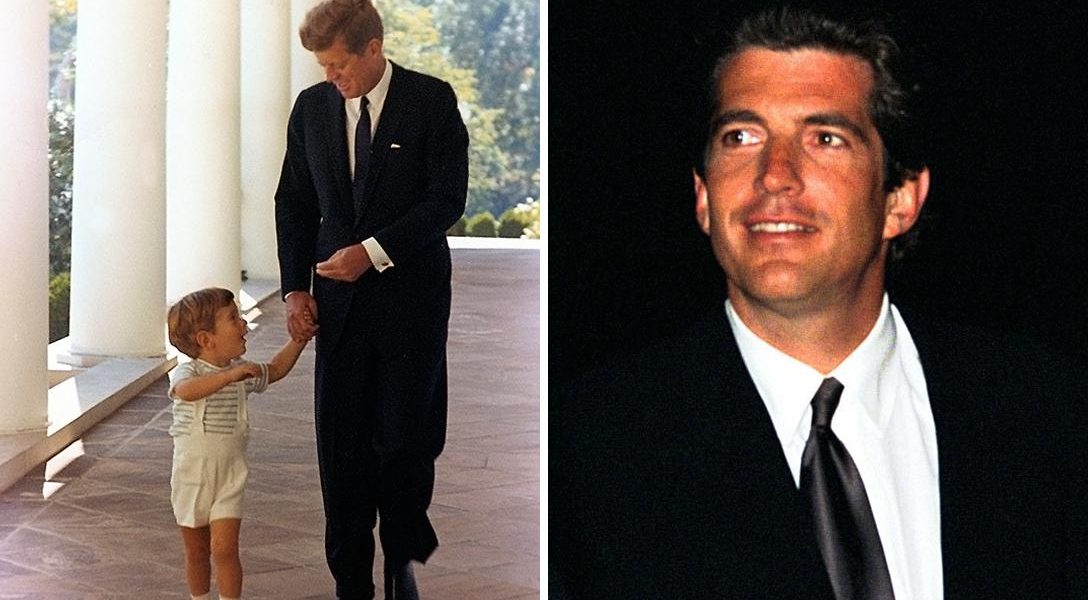 A new documentary titled "I Am JFK Jr. — A Tribute to a Good Man" will open in select theaters tomorrow, followed by Spike TV on August 1 and video on demand on August 2. The film is billed as "an homage to America’s fallen prince and the Kennedy legacy. It is the story of a young man destined for greatness, but determined to be good in a world filled with high expectations." About this photo: John F. Kennedy and John F. Kennedy, Jr. at the White House, 1963. (left) John F. Kennedy Jr., 1998 (right)  Photo credit: White House / Wikimedia and NASA / Wikimedia
Editors' Picks

In Cleveland, lobbyists and magnates sense opportunity to retain power and make money, and the promise of the “Trump Revolution” vanishes into thin air.

Bassem Youssef came to the US because his days as a comedian in Egypt were numbered. “The thing is, in the Middle East, they will never come after you because of — because of your freedom of speech,” Youssef told Democracy Now’s Amy Goodman in Cleveland. “They’ll find something else, you know, like getting Al Capone for taxes.”

List of eight harmful or potentially harmful substances includes formaldehyde and triclosan. When a company this big moves, everything begins to change.

The Republican National Convention and the Criminalization of Politics (Jesse)

New Jersey Governor Chris Christie led a mock trial of Hillary Clinton during his speech at the Republican National Convention. Christie situated himself as judge, jury and executioner, “a distillation of the Republican convention so far, not an aberration from it” argues Dylan Matthews.

Orders lower court to organize provisions allowing those without the required ID to vote in November.

One hundred previously unknown parts of the brain have been discovered.  It’s astonishing. None, however, were on exhibit at the GOP convention.