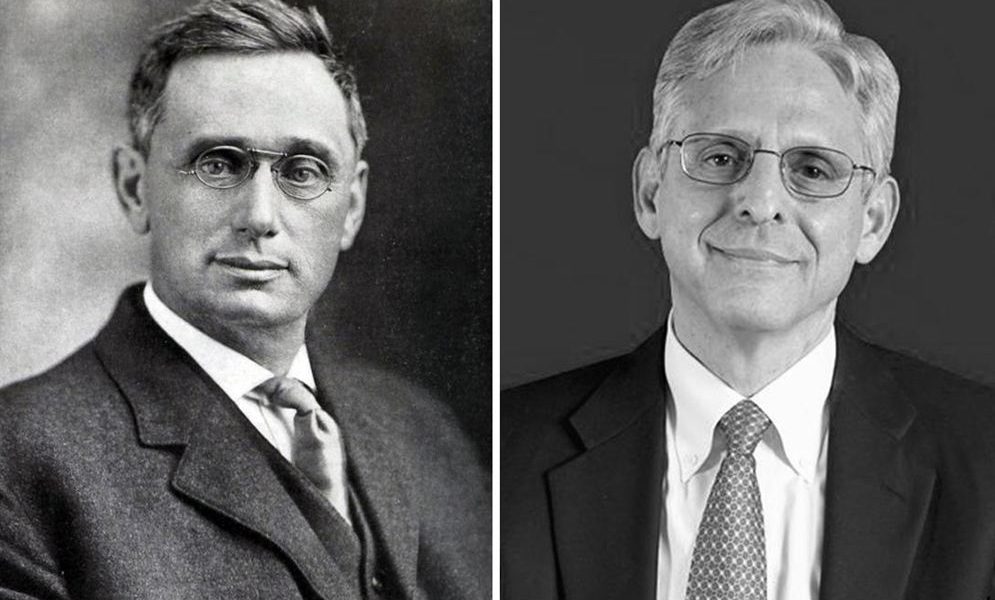 The US Senate will set a record tomorrow: It will be 126 days since President Barack Obama nominated Chief Judge Merrick Garland to the Supreme Court, without the Senate acting on the nomination. The President nominated Garland on March 16. The previous record was held by the US Senate of the Sixty-Fourth Congress that delayed a vote on the Woodrow Wilson's nominee, Louis Brandeis, for 125 days. About this photo: Louis Brandeis (left) and  Merrick Garland (right)  Photo credit: Unknown / Wikimedia and White House
Editors' Picks

Trump and Anti-Intellectualism in America (Russ)

In this essay, the author explores why Trump’s fourth-grade level presentations have been so popular, and ponders where the United States is headed.

After writing in December for the Daily Telegraph that Assad could help defeat ISIS, then-mayor of London Boris Johnson has changed his tune in a statement made days after his appointment by new UK prime minister, Theresa May.

Would Turkey Be Justified in Kidnapping or Drone-Killing the Turkish Cleric in Pennsylvania? (Jesse)

Glenn Greenwald on the double standards of the American drone war and the State Department’s justification of extrajudicial killings.

Two Olympians Need an Apology, Even if It Comes Years Too Late (Jesse)

The United States Olympic Committee (USOC) “can make a statement of peace, harmony and conciliation” by issuing an apology for the suspension of John Carlos and Tommie Smith from 1968 Olympics for their raised fists.

Brazil’s Interim President is Mocked for His Poetry (Dan)

One of the key ousters of Dilma Rousseff, Brazil’s interim president Michel Temer, is not finding the spotlight to be easy. Twitter users have mocked his book of poetry ‘Anonymous Intimacy’, especially since the sensual content deals mostly with his much younger wife. It also doesn’t help that Temer has been the subject of a campaign finance investigation.