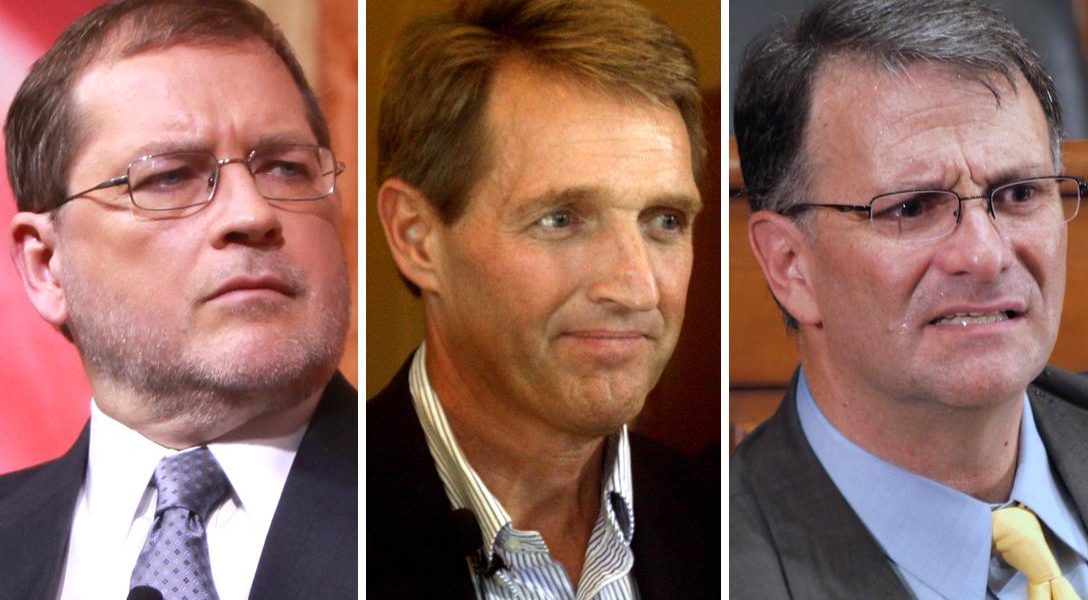 Today the world celebrates Nelson Mandela International Day on the great man's birthday. It is also a day to remember those who worked against the divestment campaign from South Africa, including in the US. Divestment was a major factor in ending the apartheid system. Grover Norquist, Jeff Flake and Jack Abramoff were among the people who polished their conservative resumes by undermining the movement. About this photo: Grover Norquist, Jeff Flake and Jack Abramoff  Photo credit: Gage Skidmore / Flickr (CC BY-SA 2.0), Gage Skidmore / Flickr (CC BY-SA 2.0) and Madeleine Ball / Wikimedia  (CC BY-SA 2.0)
Editors' Picks

US Missions Continue from Turkey (Dan)

Attack planes, surveillance aircraft, and drones continued from the Incirlik air base soon after the failure of the coup.

Ethicists worry that we may have let a bad genie out of the bottle, but the robotics industry is just fine with Dallas PD’s killing of a gunman with a robot bomb. One CEO envisions a robot in every squad car.

Two men and a woman were arrested on Sunday following the attack by Mohamed Bouhlel. While ISIS has claimed responsibility for the attack, Bouhlel had no direct link with the terror group, nor expressed any affiliation.

Self-exiled Gulen, who lives in Pennsylvania, claimed no role in Turkey’s recent coup. He did however describe that President Erdogan’s Turkey is run like the Nazi SS.

Kasich’s spokesman said, “Ohio Governors do not have the power to arbitrarily suspend federal or state constitutional rights or state law as suggested.”

The oil company’s bill will now be around $61.6 billion for one of the worst environmental disasters in US history. The payments also mark the largest corporate penalty in US history.