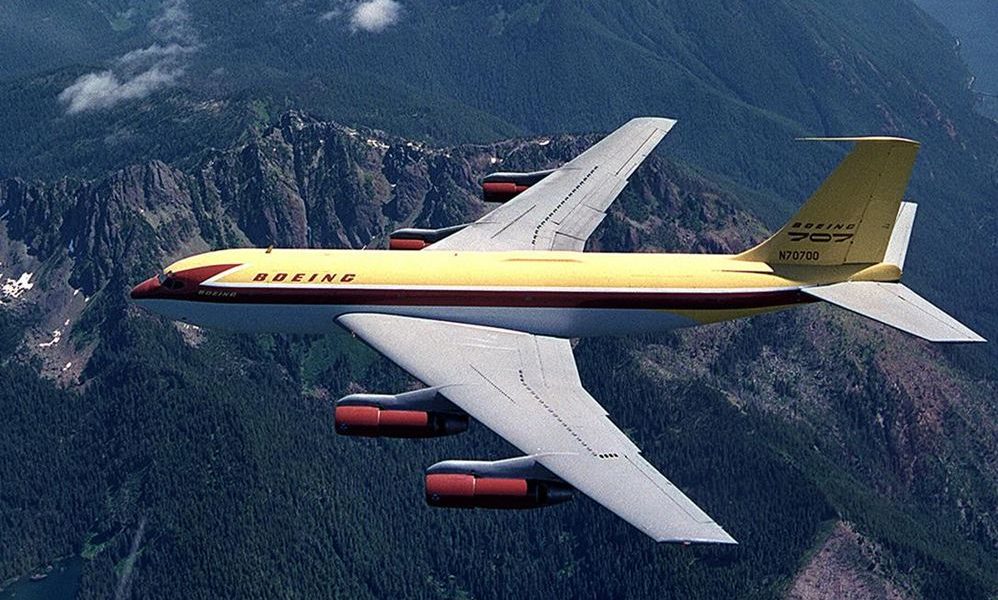 On July 15, 1954 the Boeing Dash 80 (the famous 707) made it's first flight. With a $16 million cost it was an enormous risk for Boeing, which had no committed customers. Developed in less than two years from project launch in 1952 to rollout in May 1954.  Donated to the Smithsonian Air and Space Museum, it is designated as one of the 12 most significant aircraft of all time.  About this photo: air to air photo of the Dash 80 over the Olympic Peninsula with Mt. Rainer in the background.  Photo credit: Joe Parke / Wikimedia
Editors' Picks

Sanders Raised Money in New Way, Spent it in Old One (Russ)

How he deployed the huge sums he raised in small increments was dispiritedly conventional, says this piece.

Major new collaborative investigation at The Intercept provides illumination into the shadowy world of US international military, security and police training gleaned from the 2010/11 Wikileaks Cablegate release.

The Stanford Law Review asks how many disenfranchised legitimate voters are worth preventing a single case of voter fraud.

Amnesty for generals, rebel fighters, and ‘death squads’ was recently overturned, anticipating a slew of litigation against players on all sides of the country’s deadly civil war.

Rather than bomb every terror group, including US-backed ones, US and Russia will try to collaborate on destroying ISIS and Nusra Front. Dealing with Assad will come after.