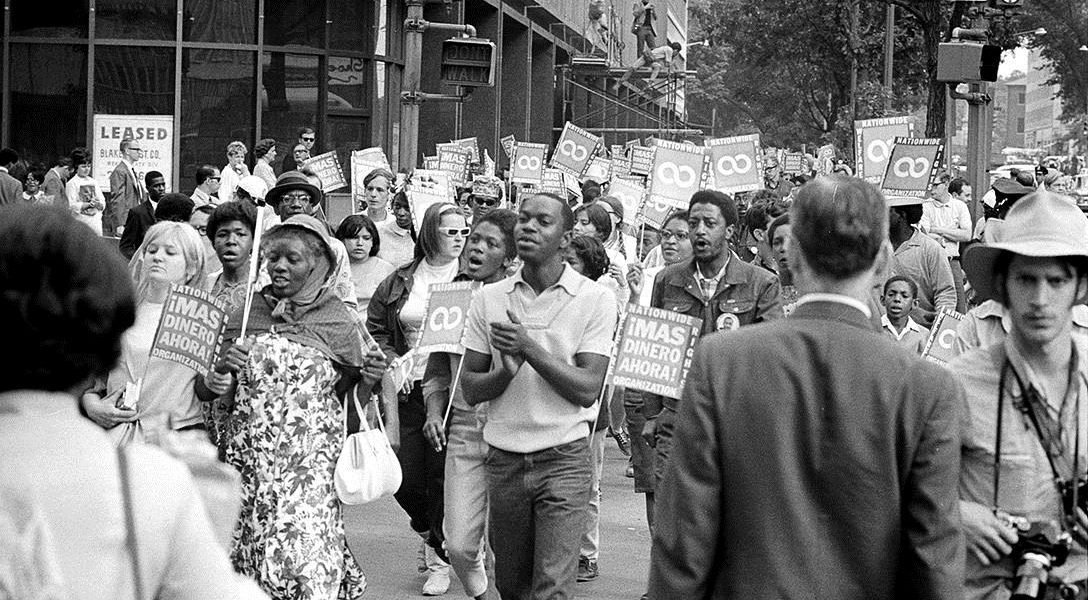 On July 12th 1967 riots break out in Newark New Jersey.  The civil disturbance lasts for six days that left 26 dead and hundreds injured. By August 1967, Senator Robert F. Kennedy asked Marian Wright Edelman, "tell Dr. King to bring the poor people to Washington to make hunger and poverty visible since the country’s attention had turned to the Vietnam War and put poverty and hunger on the back burner." About the photo: The riots in summer of 1967 in Newark and Detroit inspired the peaceful Poor People's March Washington D.C. the next year. Photographed in June 1968.  Photo credit: Library of Congress / Wikimedia
Editors' Picks

Fayiz Suleiman was set for release in 2009. However, due to ongoing warfare in his home country, the release was postponed until now. Suleiman will travel to Italy and be under strict surveillance, especially since a recently released Guantanamo detainee disappeared in Uruguay.

Gingrich surprised folks with his thoughtful observations about what black people face after the Dallas shootings. But then he was back on the other side of the fence in a jiffy, ramping up the racism game.

US Set to Deploy 500 More Soldiers into Iraq (Dan)

The initiative is to retake Mosul, which means American troops will get that much closer to engaging in ‘boots on the ground’ combat.

A Frightening Precedent: Dallas PD’s Use of a Bomb Robot to Kill a Man (Trevin)

“We saw no other option but to use our bomb robot,” said Chief David Brown. Salon asks if it really was the only option and points out that, as in drone warfare, “when eliminating a suspect becomes risk-free, the temptations to act prematurely can be overwhelming.”

North Korea Cuts All Ties to the West (Dan)

While the US and N. Korea never had official communication pipeline, the UN served as a way for the two countries to talk. Now no more.