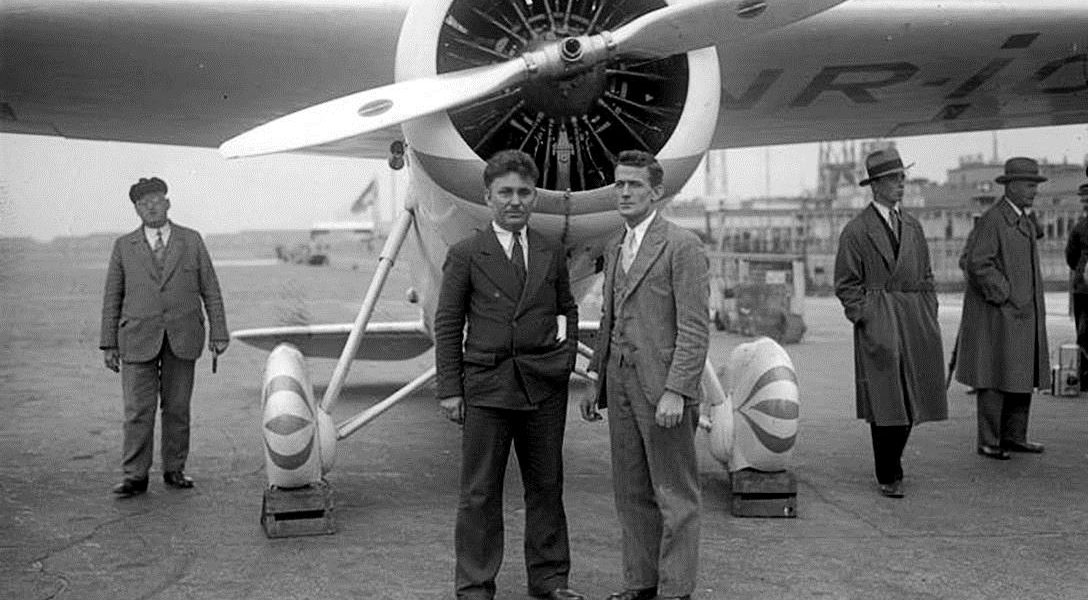 Wiley Post with navigator Harold Gatty would shatter the record for flying around the world (previous 21 days by the Graf Zeppelin). Arriving back on July 1, 1931 after traveling 15,474 miles (24,903 km) in the record time of 8 days and 15 hours and 51 minutes. They later had lunch at the White House on July 6, and would ride in a ticker-tape parade in New York City on July 7th.  About the photo: Post and Gatty in Germany in 1931 near the time of their historic flight.  Photo credit: German Federal Archives / Wikimedia
Editors' Picks

‘Sanctuary Cities’ — cities that do not allow local law enforcement officials to share information with federal immigration officials — will vote on a bill sponsored by Pat Toomey (R-PA) that overturns the prohibition. Donald Trump, along with Ted Cruz, have been advocates for ‘sanctuary cities’ legislation, specifically ‘Kate’s Law’, which would require mandatory sentences for certain immigrants who repeatedly enter the country. McConnell has promised to bring both to the floor.

A recent Human Rights Watch report tells a despairing story of thousands of servicemembers who reported sexual assault being less than honorably discharged, often for “mental illness” directly related to their attacks. “Bad paper” can prevent victims from getting jobs, marking them for life, and causes many to regret stepping forward.

A lecture from 1995, but somehow the subject seems relevant again.

A top appeals court is set to hear arguments over whether child migrants — mostly from Central America — have the right to attorney in their deportation trial. In an attempt to seek the larger goal of his immigration plan, Obama and his administration said ‘no’ to defense counsel in the runup to the 2014 elections. Strangely, a Reagan-appointed judge disagrees.