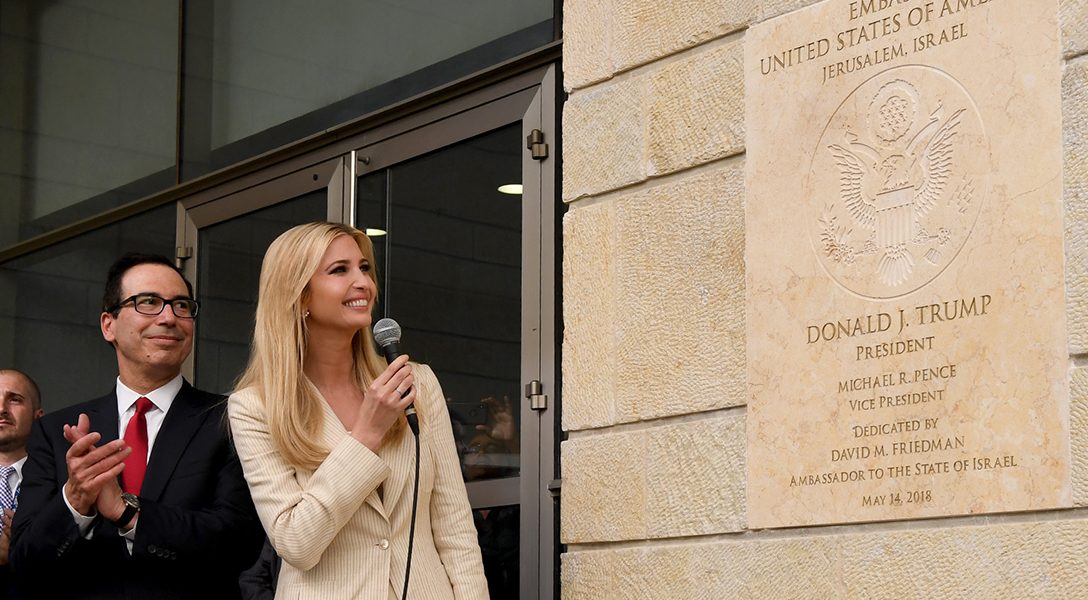 President Donald J. Trump boasted he could build a new embassy in Jerusalem for just $250,000 and that he refused to sign an order "they" gave him to build the embassy for $1 billion. There was never any proof given for the $1 billion cost. A temporary embassy will open in Jerusalem following an estimated $400,000 remodel of the US consulate. The consulate will then receive a more complete upgrade costing $21 million. Then a totally new embassy will be planned and built for a yet undetermined cost. Photo credit: US Embassy Jerusalem / Wikimedia
Editors' Picks

Jerusalem Embassy Cost Savings: Too Good to Be True

The author writes, “Detaining immigrant children has morphed into a surging industry in the US that now reaps $1 billion annually — a tenfold increase over the past decade, an Associated Press analysis finds.”

The author writes, “Offering an ambitious alternative to the House GOP’s ‘morally bankrupt’ 2019 budget proposal — which demands over $5 trillion in cuts to Social Security, Medicaid, and other life-saving programs — the Congressional Progressive Caucus (CPC) on Tuesday unveiled a budget that calls for massive investments in infrastructure, healthcare, and education while proposing significant cuts to the completely ‘out-of-control’ Pentagon budget.”

The EU Comes to Washington (Dan)

President of the European Commission Jean-Claude Juncker will meet with President Donald Trump in Washington today. They’ll be discussing ways to stop the “downward spiral” of tariffs implemented by both economic blocs.

What Makes a Nation? (Russ)

Meet Somaliland, where there is a flag, parliament, currency, but not a country.

America Rising PAC, the opposition-research group that specialized in attacking Hillary Clinton in 2016, is already working on potential 2020 Democratic candidates for president.