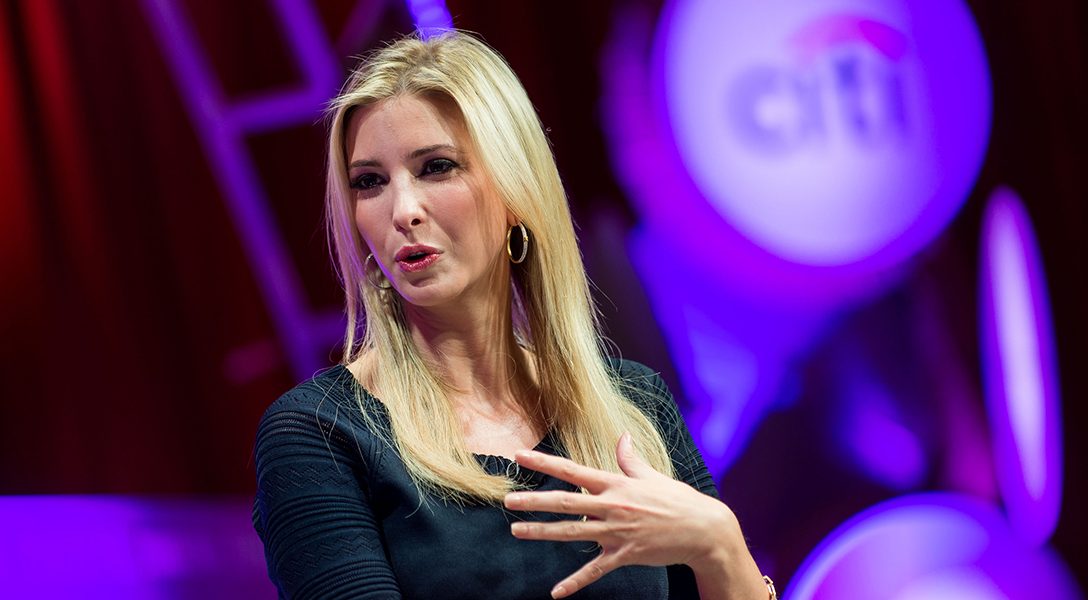 Like Father Like Daughter: Ivanka Trump holds the position of senior White House adviser while continuing to receive more than $1 million a year from the Trump Organization. The activities of Trump companies involve relationships with foreign government-owned enterprises. These and other business activities could put Ms. Trump at risk of violating ethics rules and may be preventing her from receiving a full security clearance. Photo credit: Fortune Conferences / Flickr (CC BY-NC-ND 2.0)
Editors' Picks

Next week SCOTUS will hear opening arguments over the fate of “Crisis Pregnancy Centers,” which pose as comprehensive pregnancy clinics, much like Planned Parenthood, but often are religiously-affiliated, anti-abortion, anti-LGBT, and use deceptive practices to target people of color and those living in poor neighborhoods.

The Trump administration’s recent decision to deport more than 200,000 people in the US from El Salvador, Haiti, Nicaragua, and Sudan — all here under “Temporary Protected Status” approved by Republican and Democratic administrations — will target both adults and children. Various groups have lobbied for retaining those under 15. The Department of Homeland Security has yet to comment.

‘The Young Karl Marx’: a Film Whose Time Has Come (Jimmy)

The author writes, “Millennials in particular are flocking to socialism, unencumbered by the hang-ups that plagued their parents’ generation. For those who grew up in the wake of the Cold War, socialism means ‘Medicare for All’ and more humane and democratic workplaces, not gulags and Five-Year Plans. Capitalism, for those who graduated college in the mid-2000s onward, meant a searing financial crisis, unemployment and underemployment, itinerant labor through endless internships, and insurmountable student debt.”

Last year, Japan’s prime minister Shinzo Abe said he would resign if documents proved his involvement in a real estate deal. No documents ever appeared — until now.

The author writes, “The West Virginia teachers strike that ended last week may have ignited a national labor movement, as teachers in Kentucky, Arizona, and Oklahoma are making their frustration over pay and benefits known and sharing demands with their state legislators.”