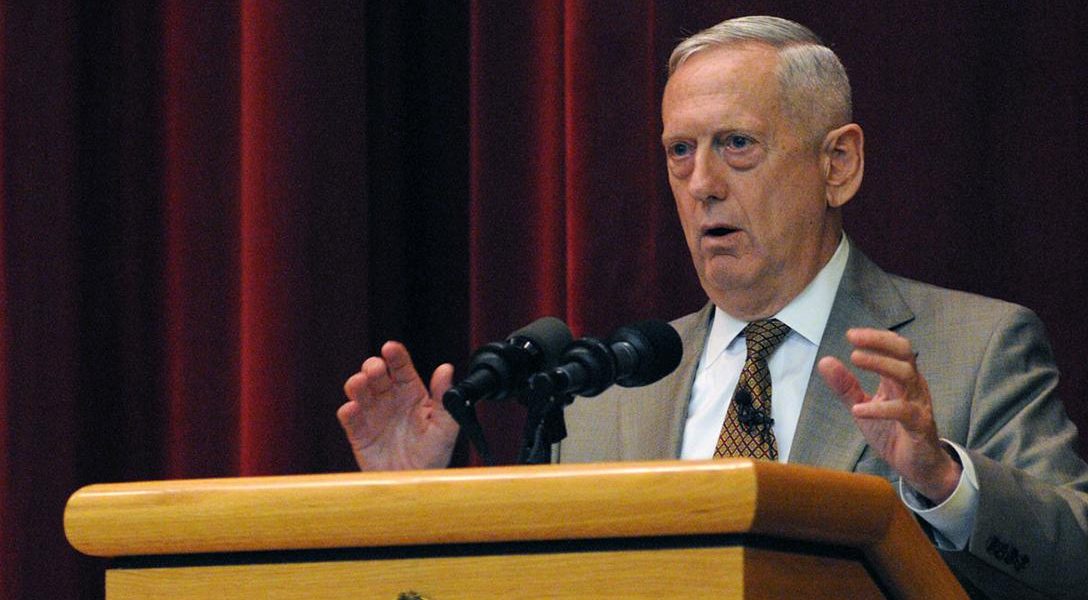 In the News: Current Secretary of Defense Ash Carter issued a statement about his possible replacement in the new administration. This is the entire statement: "I have known General Jim Mattis for many years and hold him in the highest regard. I will continue to do everything I can to help ensure a seamless transition at the Department of Defense." About this photo: General Jim Mattis speaking at the US Naval War College Photo credit: US Navy
Editors' Picks

Authors. Some believe fiction writers have avoided persecution because of the “respectability” of the profession. Or maybe it is because they avoid provocative topics?

More Backlash Against Mainstream Media’s Use of ‘ProporNot?’ (Russ)

WashPo and NYT cited “PropOrNot?”, a site dedicated to exposing so-called “Russian propaganda” on the web. Except the group itself is shady and is, possibly, expressing its own form of propaganda.

Trump has nominated James “Mad Dog” Mattis as Secretary of Defense. Unlike others who believe Russia is the main threat in the world, Mattis is convinced the Islamic Republic is behind international instability.

The moving tale of Toast and his French Toast & Hugs Gang, who travelled from California to Standing Rock to feed Water Protectors over Thanksgiving weekend.

As power wanes, the Obama administration looks to confront Israel more bluntly about settlement building. Kerry’s criticism has been some of the harshest to date. Will it have any effect?