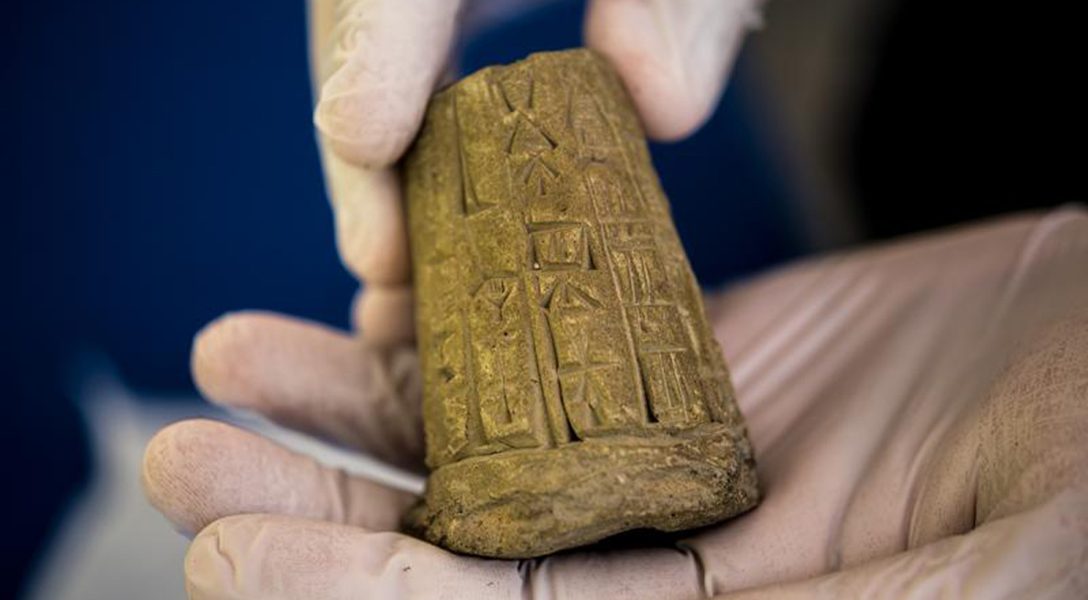 Home Again: 3,800 ancient Iraqi artifacts that were smuggled into the US for Hobby Lobby in violation of federal law have been returned. The items included cuneiform tablets, cylinder seals, and clay bullae. Photo credit: ICE
Editors' Picks

We’re passing the one-year mark of Mueller’s investigation into possible collusion between the Trump campaign and Russia. This article details that, if history is our guide, the investigation has much, much longer to go.

The Trump White House was hoping a NAFTA deal would be completed before the midterm elections in November. That outcome looks increasingly doubtful.

The author writes, “The social networking giant said Thursday that a partnership with the Washington, DC-based think tank would help it better spot disinformation during upcoming world elections.”

The author writes, “Giant companies facing federal scrutiny for exposing sensitive consumer data have good reason to unclench their stress balls: Their own lawyer was just put in charge of the office that is investigating them.”

Scaramucci and Avenatti to Get TV Deal? (Dan)

The author writes, “Many have rightly voiced fears that the Trump administration’s plan may be to come to the table with North Korea with unrealistic, maximalist demands so that it can claim that it tried diplomacy and diplomacy failed, making it easier to build a case for war.”

Gina Haspel and Torture: Not Just Immoral, but a Tool for More War (Reader Luke)