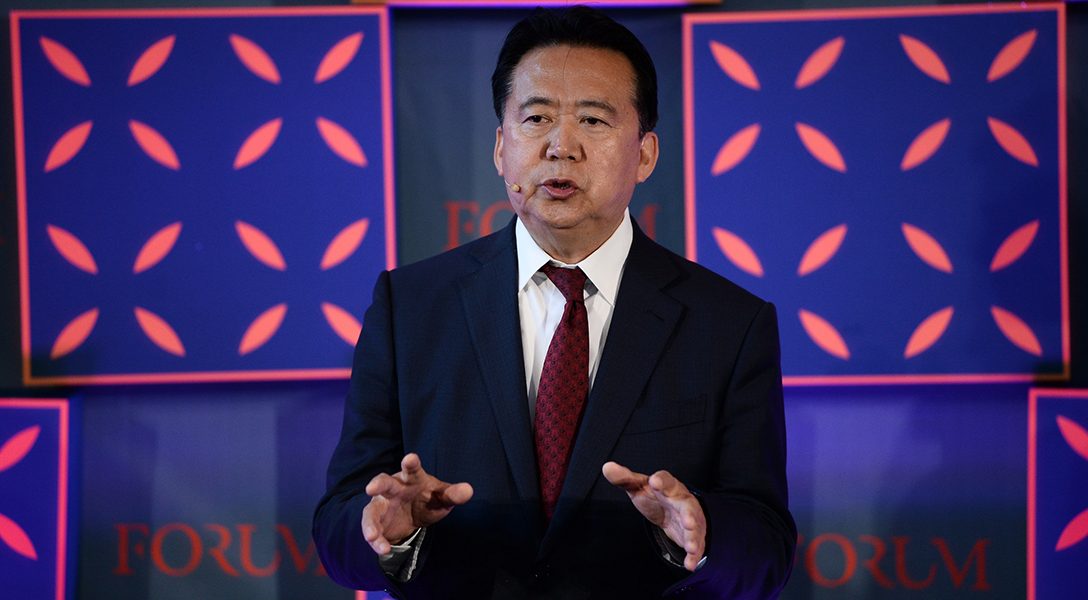 The author writes, “The Interpol president who vanished in China last month is likely dead under Beijing's watch, his wife has said. Meng Hongwei, a Chinese national who previously worked in the country's security services, disappeared after traveling to his native country on September 29.” Photo credit: DG2_2424 / Flickr (CC BY 2.0)
Editors' Picks

Interpol Chief Who Vanished in China Is Feared Dead

From FAIR: “The United States’ grotesque alliance with the Saudi theocratic monarchy is not a product of a foreign boogeyman, but core to the US imperial project.”

The author writes, “As Gov. Rick Scott seeks election to the US Senate, the Florida Department of Transportation has consistently distanced the state from a fatal bridge collapse outside Miami — but its explanations have been contradicted as more information becomes public.”

The author writes, “A California judge has rejected Monsanto’s appeal to overturn a landmark jury verdict which found that its popular herbicide causes cancer. The judge’s ruling on Monday largely sided with Dewayne ‘Lee’ Johnson, a father of three and former school groundskeeper, who won a $289m award over the summer after alleging that his exposure to Roundup weedkiller gave him cancer.”

The author writes, “Since the 2016 General Election, Florida-based for-profit prison operator GEO Group has donated over a million dollars to Political Action Committees and political candidates throughout the State of Florida, supporting Republican PACs and gubernatorial candidate Ron DeSantis, as well as a number of elections for representation in both houses of the Florida Congress.”