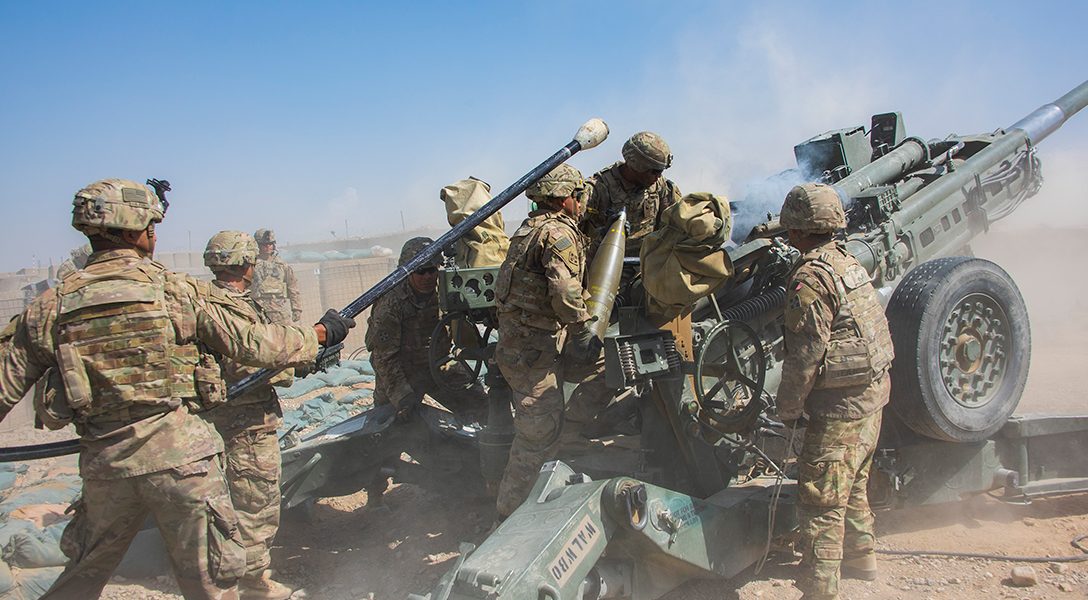 Presidential war powers were expanded following the 9/11 attacks. Many members of the new Democratic majority in the House want to restrict the President's ability to send troops into combat and at the very least set a time limit for the executive branch to seek new authorizations to use force. Photo credit: US Army
Editors' Picks

From Politico: “A small non-profit is saving high-quality leftover food before it gets thrown away and diverting it to needy New Yorkers.”

From Wired: “In 1994, soon after Jeff Bezos incorporated what would become Amazon, the entrepreneur briefly contemplated changing the company’s name. The nascent firm had been dubbed ‘Cadabra,’ but Bezos wanted a less playful, more accurate alternative: ‘Relentless.’ (Relentless.com redirects to Amazon.com to this day.) Twenty-four years later, perhaps no adjective better describes Bezos’ empire than the name he once wanted to give it.”

The author writes, “It’s the details that tell the real story about Donald J. Trump, the self-proclaimed philanthropist. It’s clear in the settlement his foundation just reached with New York Attorney General Barbara Underwood that Trump’s cherished charitable cause was himself.”

The author writes, “A civil rights group has sued the US government, saying it needs more information about surveillance of Americans’ phone and financial records to guide the public debate over what will happen when the law that regulates the scrutiny expires next year.”

From Al Jazeera: “A Listening Post special marking 30 years since the publication of Manufacturing Consent and its relevance today.”

From the New York Times: “The New York Times reviewed hundreds of documents including police reports, bank records and investigator notes from a decade of mass shootings. Many of the killers built their stockpiles of high-powered weapons with the convenience of credit. No one was watching.”

No Cash, No Heart. Transplant Centers Need to Know You Can Pay. (Reader Steve)

From the New York Times: “When a Michigan woman was told to raise $10,000 for a heart transplant, outrage spread on social media. But experts say ‘wallet biopsies’ are common.”