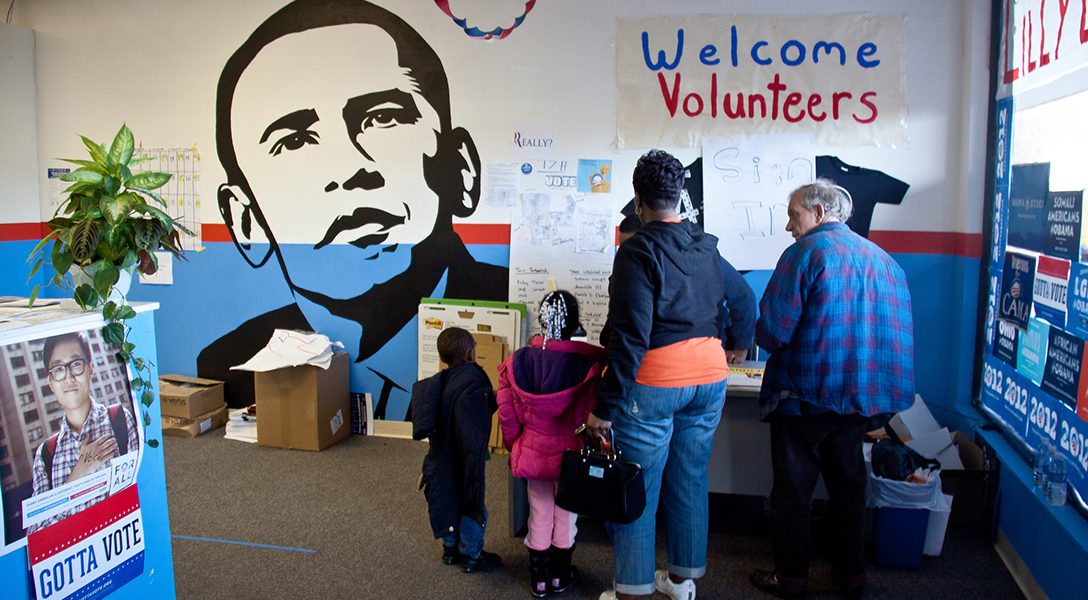 Did Obama Do It Too? The Obama campaign used Facebook user data to attempt to influence voters. The actions of Obama for America were somewhat different from what Cambridge Analytica did for the Trump campaign. Photo credit: Chris Goldberg / Flickr (CC BY-NC 2.0)
Editors' Picks

Trump TV Comes to a Local Station Near You (Russ)

Pro-Trump news will soon cover 70% of the local news market, thanks to a takeover by Sinclair Broadcasting — run by pro-Trump Republican operatives — and the repeal of regulatory rules by Trump’s pick for FCC chair, Ajit Pai.

Trump’s EPA plans to loosen emission targets for vehicles this Sunday. California looks to fight back.

In the wake of Russia’s alleged involvement in the poisoning of a former spy and his daughter in a small town outside of London, Theresa May’s government is proposing to crackdown on the lax investment rules that have allowed Russian oligarch wealth to invade Central London.

The 200-Year Legal Struggle That Led to Citizens United (Jimmy)

The author writes, “For many critics, this sluice of cash was not the only troubling feature of Citizens United. It reflected a vision of society in which successful businesses and their leaders, as the winners in the marketplace, are seen as having earned a form of authority. To restrict their capacity to influence public opinion would be to impose a limit on the most talented and deserving people and unfairly favor the masses.”

The author writes, “An examination of Bolton’s record, based on interviews with some of his former colleagues and the Senate hearings on his nomination in 2005 to be the US ambassador to the United Nations, reveal a tendency to aggressively embrace intelligence that supported his positions, while discounting information that undercut those views.”