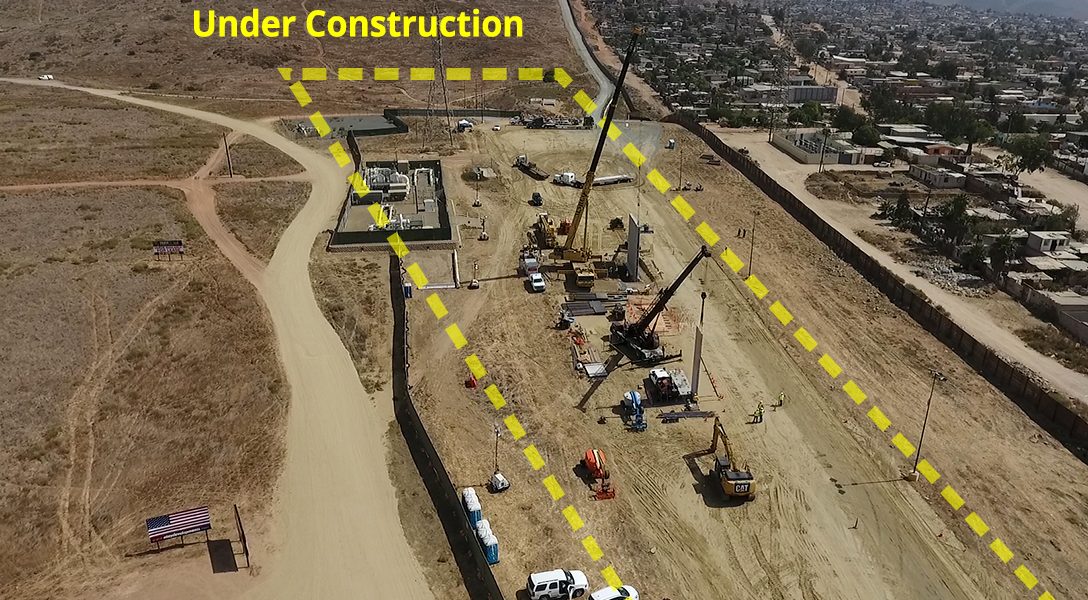 “We Are Building Samples of the Wall” Worksite outside of San Diego, California, where crews are laying the groundwork for construction of prototypes of the proposed border wall between the US and Mexico, October 3, 2017. Photo credit: U.S. Customs and Border Protection / Flickr
Editors' Picks

House-Sized Asteroid will Pass Near to Earth This Week (Trevin)

There is no danger of our planet being hit, but it will return in 2050, and that “close flyby” could “deflect the asteroid such that it could hit the Earth in the year 2079.”

Merkel’s new coalition with the Conservative Party and the Greens has capped the number of refugees coming into Germany. Now at 250,000, this compromise is one that will, according to one member of the coalition, inevitably mean throwing some asylum seekers “under the bus.”

The author writes, “By settling the suit, [CIA contract psychologists] Mitchell and Jessen avoided a trial that would have brought into the full light of an American courtroom what happened in the prison codenamed Cobalt, and known simply as ‘the Darkness’ to its prisoners.”

The romantic revolutionary Che Guevara empowered Latin American socialist movements and frightened heads in Washington. For years, the public could only speculate what minds at the CIA and Lyndon Johnson’s White House thought about Guevara. Now their papers are declassified.

Just where does a huge part of the Pentagon budget actually go? The author explains, “It goes directly to private corporations and much of it is then wasted on useless overhead, fat executive salaries, and startling (yet commonplace) cost overruns on weapons systems and other military hardware that, in the end, won’t even perform as promised.”