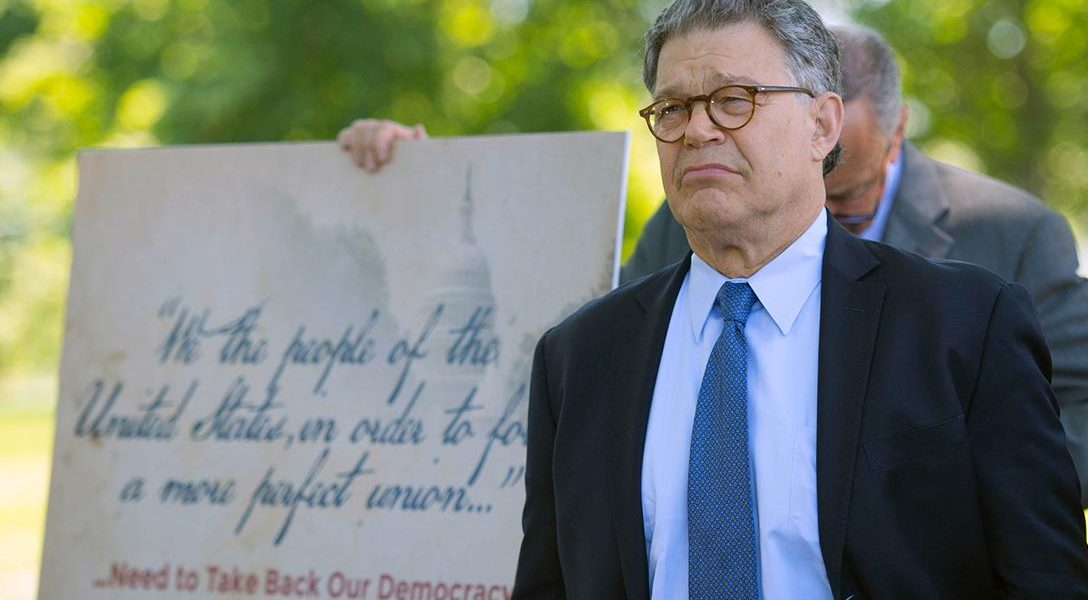 Book Coming Soon: Al Franken has written a personal memoir titled, Al Franken, Giant of the Senate scheduled for release May 30, 2017. According to the publisher, Franken "takes his army of loyal fans along with him from Saturday Night Live to the campaign trail, inside the halls of Congress, and behind the scenes of some of the most dramatic and/or hilarious moments of his new career in politics." Photo credit: Senate Democrats / Flickr (CC BY 2.0)
Editors' Picks

Hedges: Trump is the Symptom, Not the Disease

How Do You ‘De-grow’ an Economy Without Causing Chaos? (Jeff C.)

Few want to admit it, but the kind of radical reductions we need to make will require GDP contraction. But if we in the rich world need to “de-grow” the economy, how is that done without causing utter social chaos and breakdown?

World’s Poorest Countries Affected the Most by Global Warming (Milicent)

The Climate Vulnerable Forum — which represents about one billion people from 48 of the world’s poorest countries — said the upcoming Paris climate deal is crucial to their survival. They hope President Trump will take it seriously.

Trump is the Symptom, Not the Disease (Jeff C.)

Famed author and theologist Chris Hedges reminds us that it is neoliberal, corporate forces that have destroyed our democracy, and we will continue to vomit up more monstrosities as dangerous as Donald Trump.

Hide Sean Spicer in Your Own Bushes (Milicent)