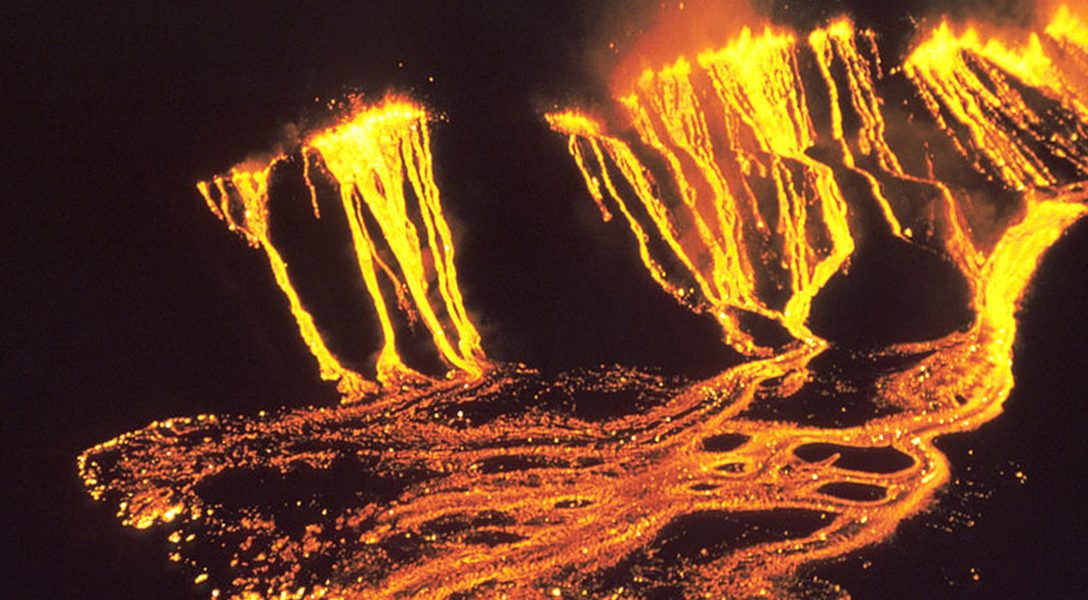 Volcanic Activity: A 6.9-magnitude earthquake shook the Big Island of Hawaii forcing thousands of people to evacuate to safer locations and causing eruptions of the Kilauea volcano. This event was preceded by hundreds of smaller quakes. Photo credit: USGS / Wikimedia
Editors' Picks

The author writes, “Last October, about 50 people in bright orange shirts filed into City Hall for a public hearing on Entergy’s request to build a $210 million power plant in eastern New Orleans. Their shirts read, ‘Clean Energy. Good Jobs. Reliable Power.’ The purpose of the hearing was to gauge community support for the power plant. But for some of those in the crowd, it was just another acting gig.”

Yanis Varoufakis: Marx Predicted Our Present Crisis — And Points the Way Out (Jimmy)

The author writes, “To see beyond the horizon is any manifesto’s ambition. But to succeed as Marx and Engels did in accurately describing an era that would arrive a century-and-a-half in the future, as well as to analyse the contradictions and choices we face today, is truly astounding.”

The author writes, “The National Security Agency vacuumed up more than 534 million records of phone calls and text messages from American telecommunications providers like AT&T and Verizon last year — more than three times what it collected in 2016, a new report revealed on Friday.”

Karl Marx, the Soviet Union’s Godfather, Is ‘All But Forgotten’ in Russia (Reader Luke)

The author writes, “Nearly 27 years after the fall of the Soviet Union, one of the 19th century’s most influential thinkers has become an afterthought in the first country to implement his ideas as a political system. Leading up to the May 5 anniversary, Russian authorities chose not the mark the occasion at all.”

In response to human rights groups’ concerns over violence perpetrated by Israeli armed forces against Palestinians, the Israeli government told a top court that the army’s rules of engagement comply with Israeli and international law.

American prosecutors turned over evidence to China to handle the trial of a murder suspect who flew to the country. The information was handed over after an assessment of the Chinese legal system, which said the suspect was treated “fairly.”