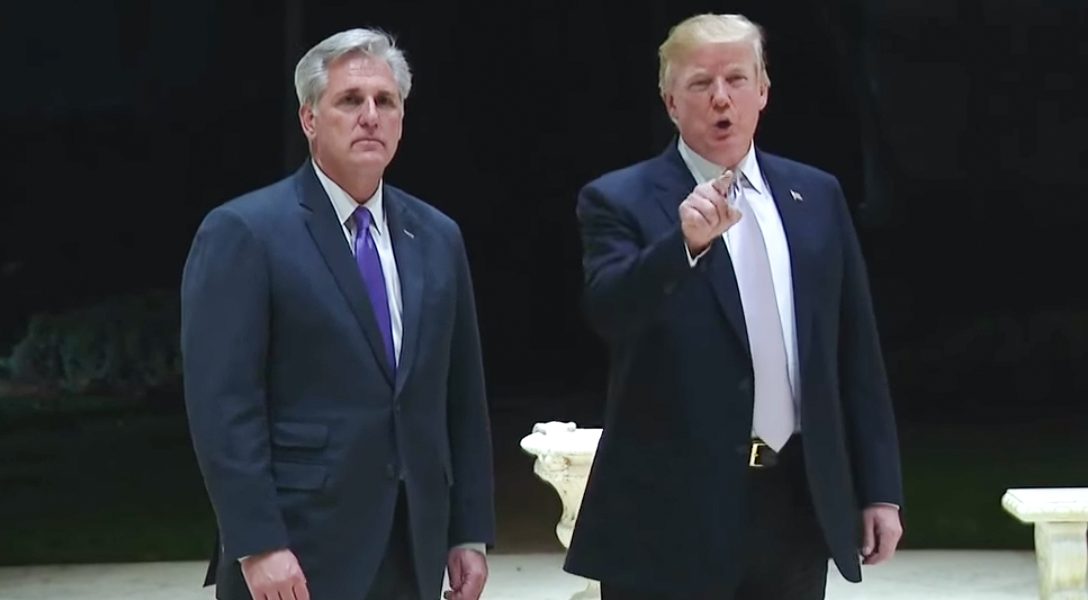 Line Item Veto Hack? President Donald J. Trump and Congressional Republicans are experiencing buyer’s remorse for the deal they made with Democrats to pass the 2018 omnibus spending bill. Republicans are considering using an arcane legislative procedure to avoid some of the spending. Photo credit: The White House / YouTube
Editors' Picks

‘The Business of War’: Google Employees Protest Work for the Pentagon (Jimmy)

The author writes, “Thousands of Google employees, including dozens of senior engineers, have signed a letter protesting the company’s involvement in a Pentagon program that uses artificial intelligence to interpret video imagery and could be used to improve the targeting of drone strikes.” You can read the letter here.

Accused serial arsonist Jamal Mustafa Shehadeh recently pleaded guilty, taking a 30-year prison sentence. But did he do it on his own accord?

The senators’ responses (or lack thereof) may (or may not) surprise you.

To repair a bad public image, major corporations like Walmart and Dow Chemical set up charities to “do good” in the world. Well, that’s only part of the story.

Is France Removing the Fig Leaf of Terror? (Dan)

Radical preacher El Hadi Doudi is facing deportation from France for being “too radical.” But many who know the preacher say he is actually in good relations with the government, and that his removal would simply be for France’s new president Emmanuel Macron to appear tough on terror. Worse, it could remove a barrier to further terror in France.