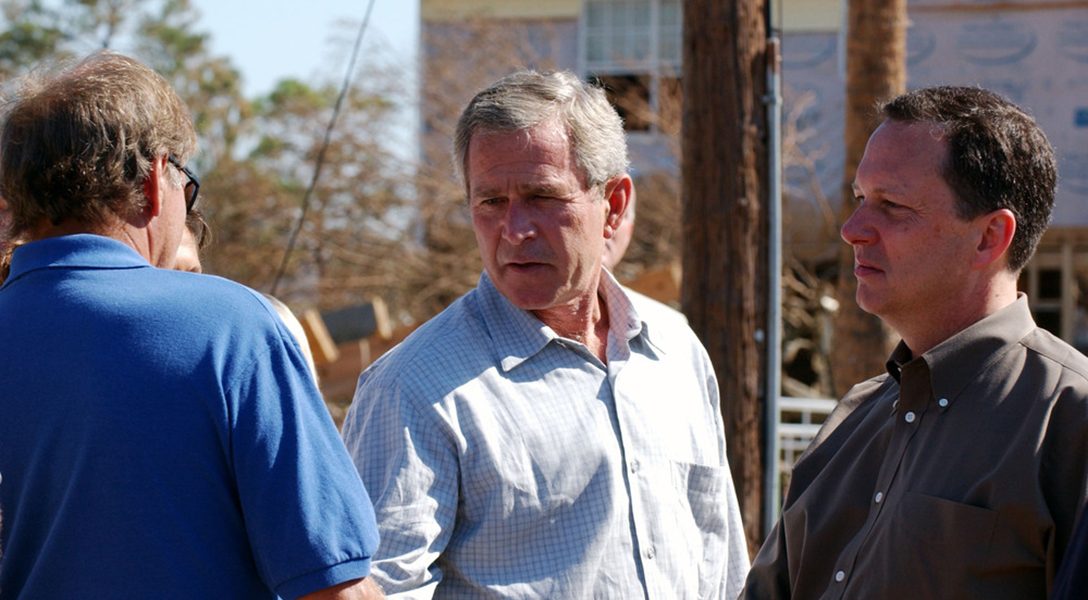 Caption: Category Five Corruption: Everyone is focused on helping the thousands of people injured, stranded and made homeless by Hurricane Harvey. Meanwhile the opportunities for corruption abound. For a primer on what to watch out for, read this five part series on the Hurricane Katrina disaster WhoWhatWhy published in 2015. About this photo: President George W. Bush with FEMA Director Michael Brown (right), Sept. 18, 2004. Photo credit: Jocelyn Augustino / FEMA Photo Library
Editors' Picks

Harvey destruction in Texas  seems to have no end. Earlier this week, a chemical plant exploded in the midst of the storm. This article details how Texas Republicans loosened safety rules for the plant – including during local emergencies.

The number of US troops already stationed in Afghanistan just jumped from 8,400 to 11,000.. Defense Secretary John Mattis inists the confusion is due to the “account” of troops. With his proposed simplified accounting, the public will now know all unclassified missions of US personnel abroad. This comes just in time for Trump’s upcoming troop surge to the country.

UK Prime Minister Theresa May hasn’t had an easy 2017. Many, including some in her own party, expected her to step down after a disastrous general election that barely left the Conservatives clinging to power. Now, May is making headlines by claiming she won’t leave, and that she’ll be around for the next general election in 2022.

The author writes, “Outside groups, such as super PACs and their more secretive brethren politically active nonprofits, spent more money during the first eight months of the 2018 election cycle than over the same period in any previous cycle.”