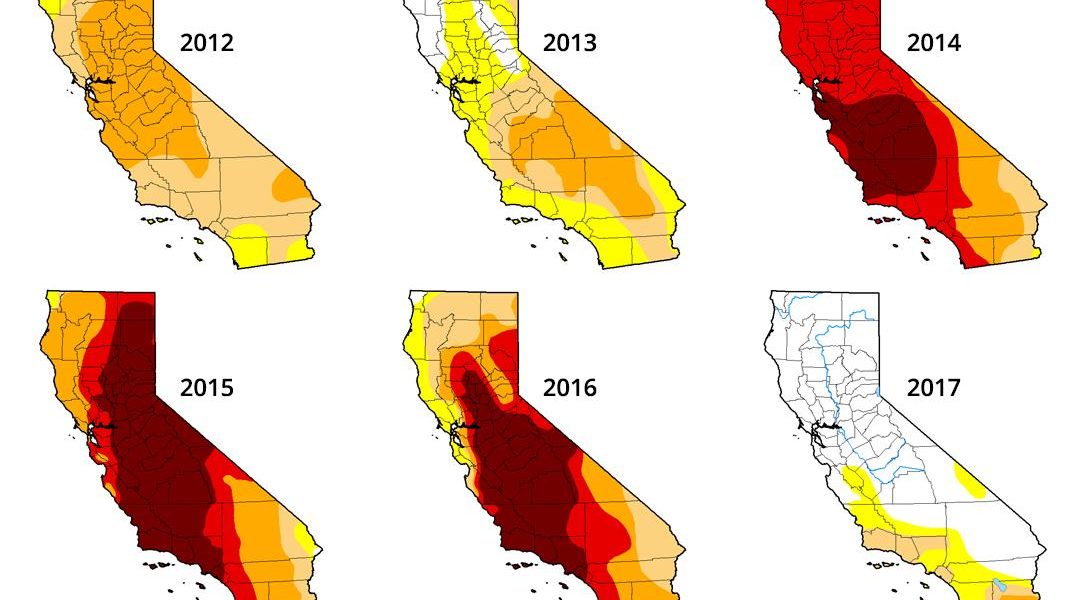 Chart of the Day: The US Energy Information Administration reports, due to record winter rain and snowfall, California’s drought is significantly weakening for the first time since 2011. Photo credit: Adapted by WhoWhatWhy from The National Drought Mitigation Center
Editors' Picks

Eight months after similar charges were dropped in Texas, two anti-abortion activists who covertly videotaped themselves attempting to purchase fetal tissue from Planned Parenthood were charged with 15 felonies by California prosecutors on Tuesday.

Think Democrats are not feeling the politics of their voters? Examine how even centrist and moderate Republicans are have pledged to boycott Trump’s SCOTUS nominee Neil Gorsuch.

Break Up the Liberal City (Jimmy)

Ross Douthat writes: “The hive-mind genius supposedly generated by concentrating all the best and the brightest has given us great apps and some fun TV shows to binge-watch, but the 2000s and 2010s haven’t exactly been the Florentine Renaissance.”

Republicans just made it legal for your internet provider to sell your data to the highest bidder, including your web browsing history, mobile phone app usage, emails, chats, financial data, medical information and more. President Trump is expected to sign the legislation.

Republicans designed many of their policies and budgets around repealing Obamacare. Now further initiatives – like tax reform – may be in a bind.