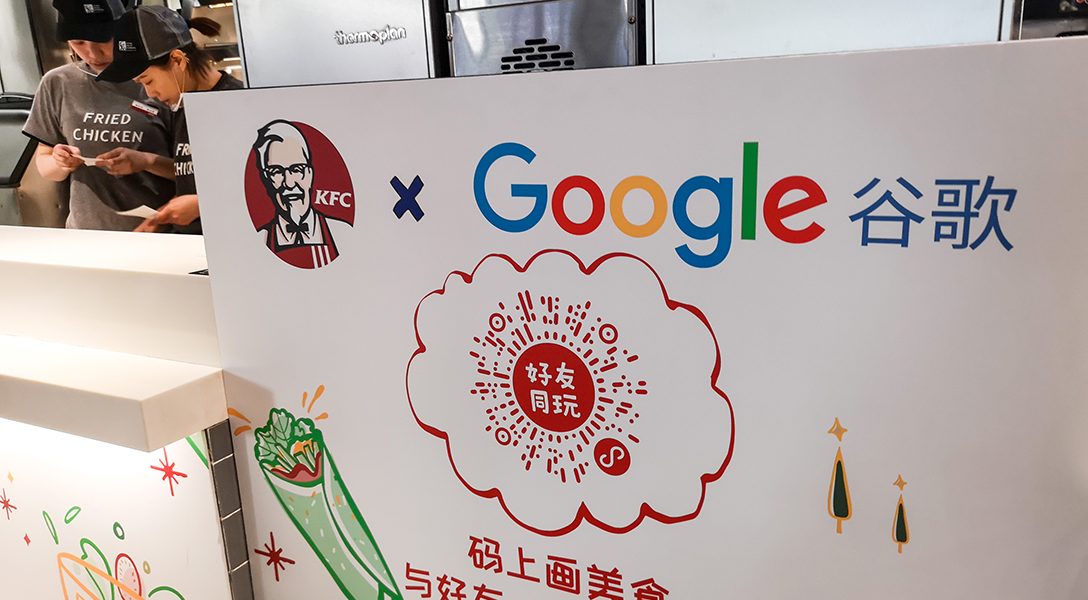 This Chinese language news service reports that Google recently announced “it will cooperate with the fast-food chain KFC to launch the joint-themed theme store. The cooperation program is based on Google's ‘Guessing Little Songs’ program launched on the mainland. The theme store was officially opened at the KFC Manhattan store in Shanghai.” Google has had difficulty providing search services in China and has started and stopped various programs in the past. Photo credit: © SIPA Asia via ZUMA Wire
Editors' Picks

How Much of the Internet Is Fake? Turns Out, a Lot of It, Actually. (Gerry)

The author writes, “How much of the internet is fake? Studies generally suggest that, year after year, less than 60 percent of web traffic is human; some years, according to some researchers, a healthy majority of it is bot.”

The author writes, “Eight conservative judges on the federal appeals court in San Francisco, including both of President Trump’s appointees, dissented sharply Wednesday from a ruling that prohibited a public school board from opening its sessions with a prayer.

The author writes, “As students in the Washington area went home for winter break, a substantial number were in debt — to the school cafeteria.”

Proposition 13 Is No Longer Off-Limits in California (Reader Steve)

The author writes, “Politicians have feared for their careers if they dared suggest changes to the measure that capped property taxes, took a scythe to government spending and spawned antitax initiatives across the country. However, that is beginning to change.”

What Minimum-Wage Foes Got Wrong About Seattle (Jimmy)

From Bloomberg: “An initial study said the increase to $15 would cost workers jobs and hours. That didn’t happen.”