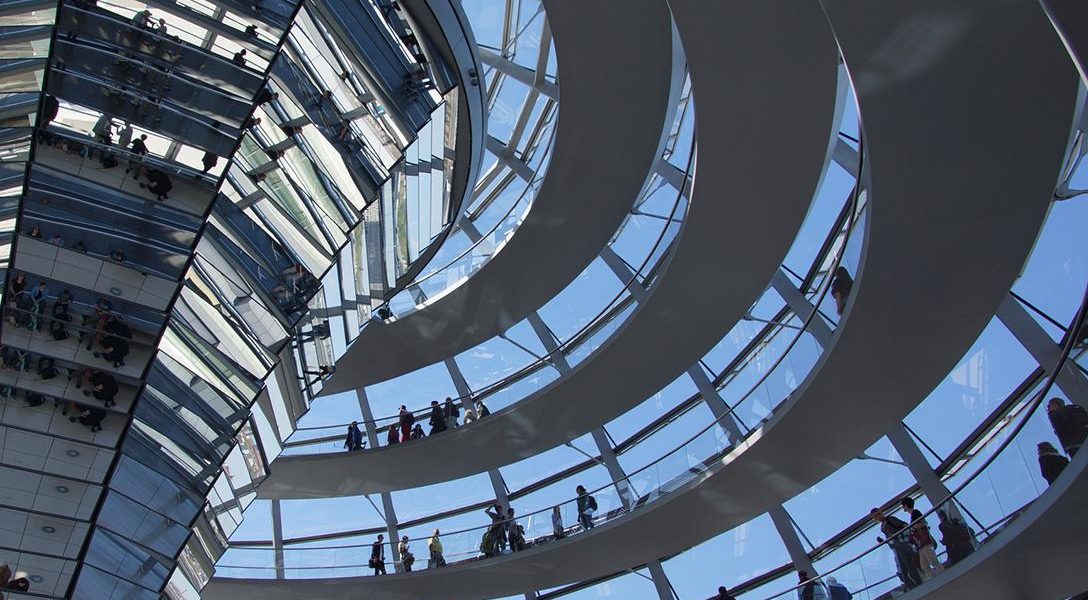 In the News: The German government will abolish a law requiring its permission to allow prosecution of citizens deemed to have insulted a foreign head of state. About this photo: Visitors walking on spiraling ramps in the Reichstag building, seat of the German federal parliament in Berlin, Germany. Photo credit: Rob NS / Flickr
Editors' Picks

Google released a report on actions taken against over 60,000 websites that violated Google advertising policies. 200 “Fake News” publishers were removed from the network permanently.

After Obama cancelled construction of the Keystone XL Pipeline – which brings oil sands from Alberta into the US – PM Trudeau was able to keep a positive image amongst environmentalist and pipeline supporters. Now, after Trump reignited the pipeline, he has to appear pro-pipeline and pro-environment.

A new poll found more Trump supporters are for the new president having a private email server than not. At least four senior Trump White House officials have accounts on a private RNC email system.

As Obama found out, ruling by decree has its setbacks thanks to the separation of powers.

Welcome Back for Torture and CIA Secret Prisons? (Jimmy)

A draft executive order has been circulated in the White House calling for the re-institution of CIA “black sites”, where torture methods such as waterboarding were used under the George W. Bush administration.

A class action lawsuit against PACER, the Public Access to Court Electronic Records system, has been certified by a federal judge. The lawsuit claims that the fee system is onerous and that funds were illegally diverted.