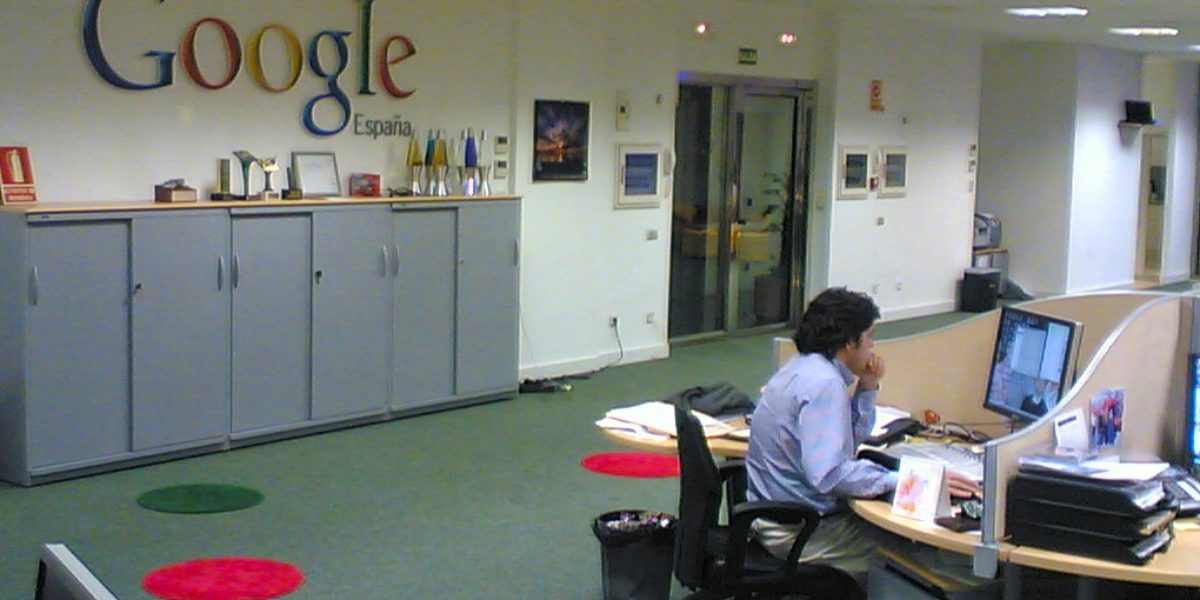 The author writes, “Google will pay $2.6 million to more than 5,500 employees and past job applicants to resolve allegations that the internet giant discriminated against female engineers and Asians in California and Washington state. The settlement, announced Monday, closes a 4-year-old case that the Labor Department brought as part of its periodic reviews of the pay practices at federal government contractors such as Google.” Photo credit: Enrique Dans / Flickr (CC BY 2.0)
Editors' Picks

The author writes, “A new outside group launched on Monday to target Democratic activist and former gubernatorial nominee Stacey Abrams, who is all but certain to challenge Republican Gov. Brian Kemp of Georgia next year in a rematch of their 2018 election showdown. Leaders of the new independent committee, known as ‘Stop Stacey,’ say they will build a ‘robust state and national fundraising operation’ in order to target Abrams with opposition research, digital ads and other paid media.”

The Education of Josh Hawley (Dana)

From Politico: “The Stanford historian David M. Kennedy has spent a career as an authority on American society and politics; winner of a Pulitzer Prize, he wrote one of the most popular textbooks on American history and has delved into a number of controversies and political movements. But he has struggled to come up with any analogue from the past for what he describes as the ‘insurrection’ at the U.S. Capitol on January 6. … Kennedy doesn’t see the Capitol rioters as the only symptom, and he doesn’t hold them solely responsible for the country’s current malady. Blame — and, he says, ‘shame’ — also lie with elected leaders who furthered President Donald Trump’s efforts to delegitimize the election. And among the most prominent of them is one of Kennedy’s former students, ‘arguably the most gifted student I taught in 50 years’: Republican Senator Josh Hawley of Missouri.”

How the Pandemic Stoked a Backlash to Multilevel Marketing (Bethany)

The author writes, “Multilevel marketing — a form of direct selling in which a major chunk of a person’s income comes not from the sales they make themselves but from the sales made by people they recruit into the company — was often regarded as exploitative by consumer advocates, but it rarely encountered a serious threat. During the pandemic, distributors for many MLM companies have used this lack of pushback to their advantage: On Instagram and Facebook, women have tried to persuade their followers to use their stimulus checks to join a company that sells shampoo or weight-loss products. They have used economic collapse as a recruitment tool, offering MLMs as the solution to lost income and increased precarity.”

The author writes, “Robin Cornish was at work in the fall of 2018 when she got a text message from another parent. It was a link to a video showing several white high school students laughing as they filmed themselves shouting the N-word at a party. One of the students in the video had shared it on Snapchat, and now it was going viral. Cornish, a 51-year-old Black mother of five, recognized the girl leading the chant as the younger sibling of one of her son’s former friends. Cornish was upset as she watched the 8-second clip, she said, but she wasn’t surprised. This was Southlake, Texas, after all.”

From BGR: “It’s often been said that a full moon makes people act differently than they might on any other night during a different phase of the Moon. Ancient civilizations would often place great significance on Moon phases and some believed that certain things only happened during specific moon phases, like a full moon. Now, science is offering some serious backing to these theories.”

The author writes, “Bernie Sanders is widely beloved for his crotchety public demeanour, making it fitting that a crocheted doll of the 79-year-old Vermont senator — wearing chunky mittens and hunched cross-legged against the cold at Joe Biden’s inauguration last week — added no less than $20,300 to charitable efforts featuring the much-memed image.”