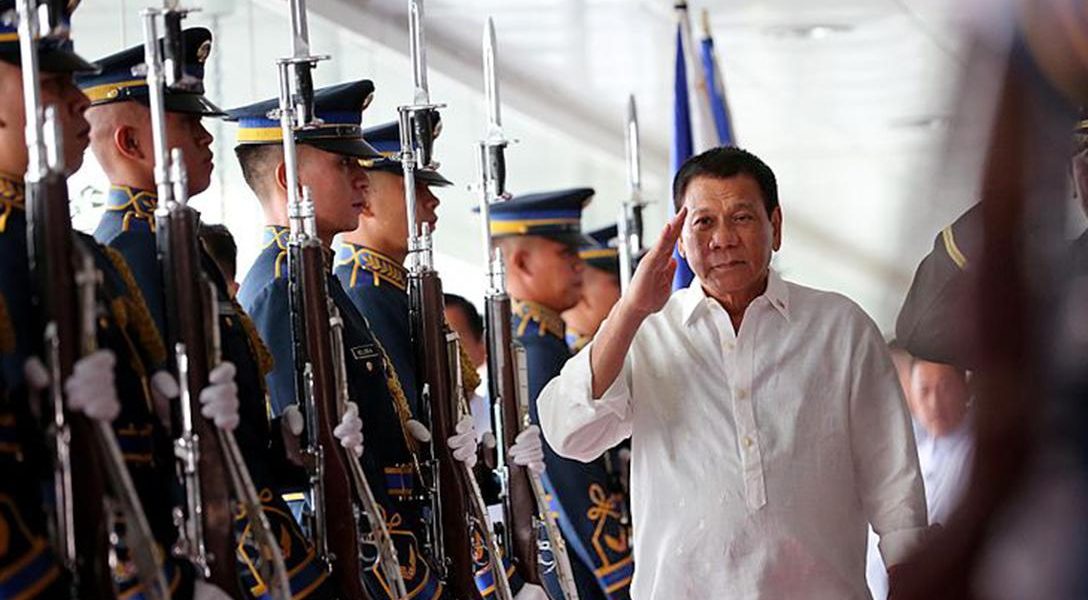 In the News: President Trump spoke to Philippine President Rodrigo Duterte last Saturday and invited him to visit the White House. The two leaders had a “very friendly conversation” about the situation in North Korea and Philippine drug policies. Duterte is has been conducting a deadly war on alleged drug users and has boasted about personally killing people. Photo credit: PCOO EDP / Wikimedia
Editors' Picks

The officer, who hated Muslims, was caught preparing an attack that would be blamed on refugees. German authorities say he even lived in an official refugee shelter, despite his inability to speak Arabic.

Monitoring group Airwars estimates that there have been 3,164 civilian casualties since US-led strikes against ISIS began in 2014. The Pentagon’s number is “at least” 352.

Trump is not shy from sending the White House invitation to controversial “strongmen”. Duterte has been routinely criticized by human rights groups for his crackdown on drug trade and Islamic extremism. Obama snubbed Duterte after the Philipines leader called him the “son of a whore”. Yet maybe there is a method to Trump’s madness: last month’s meeting with Egyptian strongman Sisi saw the release of an imprisoned American.

How Air Pollution Gets Into Your Bloodstream (Milicent)

Researchers have proven that tiny air pollution particles can breach the lung’s filtering system, get into the bloodstream, then deep into the body, causing heart disease and stroke.

The launch marks the first time the private company, founded by entrepreneur Elon Musk, has been contracted to send a top-secret satellite into space for a US intelligence agency, in this case the National Reconnaissance Office.