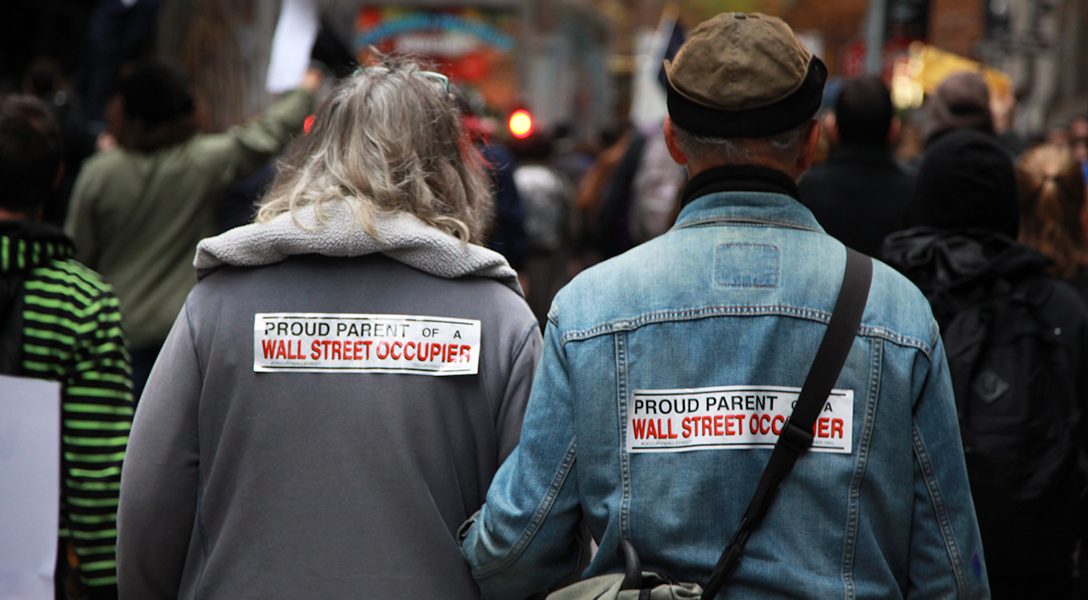 The New York Times published an opinion piece by David Leonhardt with the provocative title “The Fleecing of Millennials.” The plight of younger Americans is accurately spelled out in detail, but as Atrios points out, towards the end of the article the trade-offs between spending benefiting baby boomers vs. millennials are off the mark. Photo credit: Coco Curranski / Flickr (CC BY 2.0)
Editors' Picks

The Trump administration is looking for various ways to make the Maduro government in Venezuela step down. Including, it appears from a sentence on National Security Advisor John Bolton’s notepad, military intervention.

From ProPublica: “In an affidavit filed as part of a class-action lawsuit, a former IBM vice president says she was fired for warning superiors that the company was vulnerable to claims of age bias. IBM says it was because of ‘gross misconduct.’”

Mexican Workers Are Engaging in Wildcat Strikes at the Border (Chris)

The author writes, “Dr. Kathy Staudt, professor emerita of political science at the University of Texas at El Paso has long followed labor issues in the borderlands. The author and community activist wasn’t surprised that ‘desperately low-paid maquiladora workers’ would engage in a strike ‘especially after foreign-owned factory employers got around AMLO’s minimum wage increase by cutting workers’ former incentive and bonus payments.’”

The author writes, “Billionaire former Starbucks CEO Howard Schultz says he can’t run for president as a Democrat because he doesn’t like Rep. Alexandria Ocasio-Cortez’s proposal to slap a 70-percent marginal tax rate on income above $10 million.”

Top GOP Senators Propose Repealing Estate Tax, Which Is Expected to Be Paid by Fewer Than 2,000 Americans a Year (Reader Luke)

The author writes, “Three Republican Senators introduced a plan Monday to repeal the federal estate tax, moving to eliminate a tax on a small number of the wealthiest households just as leading Democrats ramp up calls to tax the richest Americans.”

The author writes, “Angry Democratic activists and the opportunistic Republican president weren’t the only ones to publicly respond to Schultz’s media blitz. So did everyday folks who’ve come into contact with the billionaire businessman and came away with stories to tell. And the stories all had the same theme: Howard Schultz is a cheapskate.”

Bloomberg on ‘Medicare for All’: ‘You could never afford that’ (Jimmy)

The author writes, “Speaking to journalists at an event in New York, Bloomberg appeared to criticize several Democratic 2020 contenders who have expressed support for Medicare for all in recent months.”

The authors write, “While Guaidó seemed to have materialized out of nowhere, he was, in fact, the product of more than a decade of assiduous grooming by the US government’s elite regime change factories.”

The author writes, “Former Gov. Jerry Brown, who pushed to rein in public employee pension costs, has started drawing on his $120,000-a-year pension after decades of public service.”