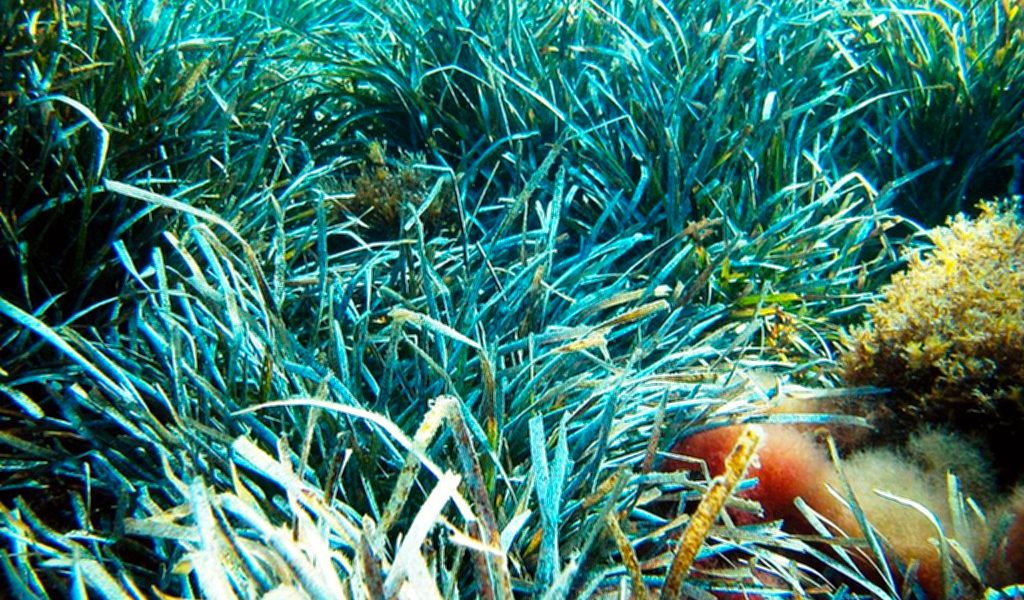 The author writes, “The green underwater meadows of Posidonia seagrass that surround the Balearic Islands are one of the world's most powerful natural defenses against climate change. A hectare of this ancient, delicate plant can soak up 15 times more carbon dioxide every year than a similar size piece of the Amazon rainforest. But this global treasure is now under extreme pressure from tourists, development — and, ironically, climate change.” Photo credit: Alberto Romeo / Wikimedia (CC BY-SA 2.5)
Editors' Picks

The author writes, “Kentucky’s Republican-majority Senate on Thursday moved forward a bill that would make it easier to arrest protesters for insulting a police officer, a measure that critics say would stifle free speech. The bill, passed two days before the anniversary of the fatal police shooting of Breonna Taylor, would make it a misdemeanor to taunt or challenge an officer with words or gestures ‘that would have a direct tendency to provoke a violent response from the perspective of a reasonable and prudent person.’ Conviction would be punishable by up to 90 days in jail and fines of up to $250.”

The author writes, “It has been a long-running point of racial friction between members of the Cherokee Nation and thousands of descendants of Black people who had been enslaved by the tribe before the Civil War. Through a series of legal and political battles, those descendants, known as Freedmen, have been pushing to win equal status as members of the tribe, including the right to run for tribal office and receive full benefits like access to tribal health care and housing. … The Oklahoma tribe took another big step to resolve the issue by eliminating from its Constitution language that based citizenship on being descended ‘by blood’ from tribal members listed on a late 19th-century census.”

The author writes, “The lights of Philadelphia may not shine as bright in the coming weeks as a coalition in the City of Brotherly Love tries to prevent millions of migrating birds that pass through twice a year from slamming into skyscrapers and crashing to the sidewalk. Bird Safe Philly on Thursday announced the Lights Out Philly initiative, a voluntary program in which many external and internal lights in buildings are turned off or dimmed at night during the spring and fall.”

Scientists Solve Another Piece of the Puzzling Antikythera Mechanism (Mili)

From Ars Technica: “Scientists have long struggled to solve the puzzle of the gearing system on the front of the so-called Antikythera mechanism — a fragmentary ancient Greek astronomical calculator, perhaps the earliest example of a geared device. Now, an interdisciplinary team at University College London (UCL) has come up with a computational model that reveals a dazzling display of the ancient Greek cosmos, according to a new paper published in the journal Scientific Reports. The team is currently building a replica mechanism, moving gears and all, using modern machinery.”

From Vice: “I’m endlessly fascinated by stories of the quirks that were built into the TV system where the well-laid plans of the system simply fell apart because it was asked to do too many things. … So when I was informed that there was [an oddity] involving the TV lineups, I decided I had to take a dive in. It’s a tale that centers around channel 37, which was a giant block of static in most parts of the world during the 20th century. The reason for that was simple: it couldn’t fend off its scientific competition.”