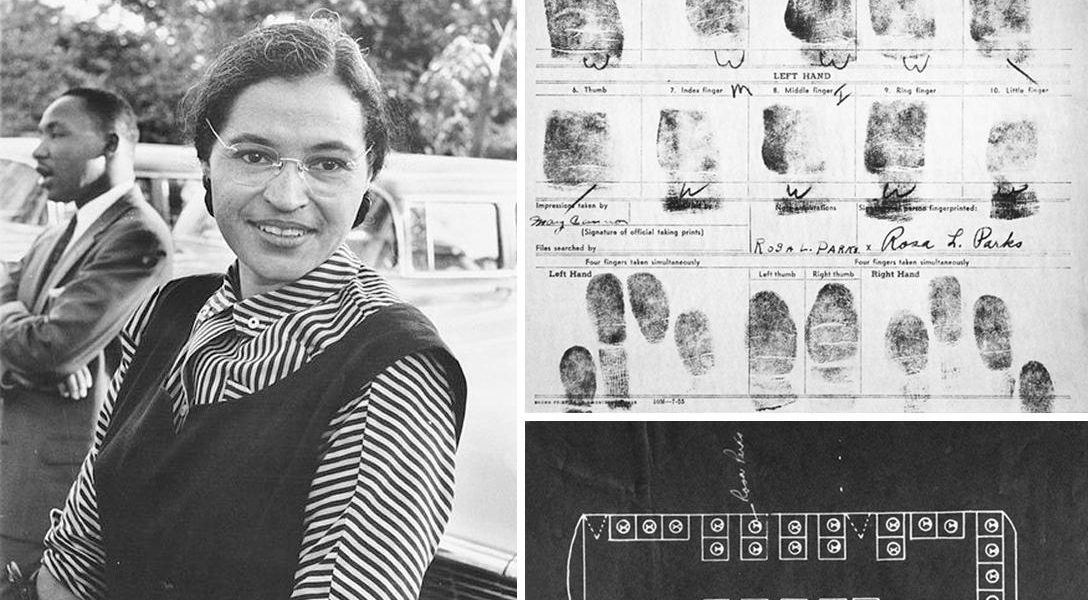 On this Day: On December 1, 1955, in Montgomery, Alabama, Rosa Parks committed a simple act that made a very large impact on Civil Rights in America. She refused to give up her seat to a white male passenger. How Parks came to be on that bus is another story. About these photos: Rosa Parks, fingerprint card of Rosa Parks and illustration of the bus where Rosa Parks sat. Photo credit: National Archives / Wikimedia and Archives.gov
Editors' Picks

How to Repair Our Voting System/More

High water temperatures, linked to climate change, is cited for causing the third and most severe coral bleaching event in the past 18 years.

Obama recently expanded the permanent War on Terror by using the Authorization for Use of Military Force (AUMF) to go after al-Shabaab in Somalia and also greatly expanded the operational reach of the Joint Special Operations Command (JSOC) around the globe.

The DoJ has defended the move, which is being described by legal experts as “the broadest expansion of extraterritorial surveillance power since the FBI’s inception.”

This week, the site released more than half a million US diplomatic cables from 1979, covering various diplomatic events and incidents such as the Iranian revolution, the siege of Mecca, Saddam Hussein becoming president of Iraq and much more.

Lawmakers are working on an anti-anti corruption bill that, unsurprisingly, comes at a time when government leaders are under investigation for graft.