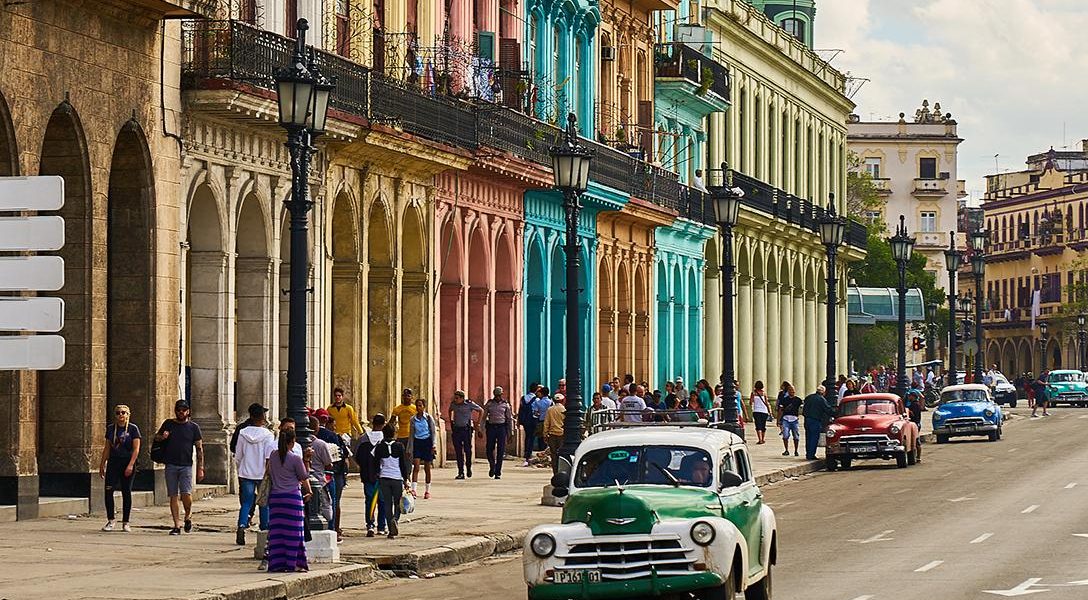 In the News: The White House indicated that a tougher stand between Cuban and American relations could be in the works. Many Cubans are wary of increased sanctions and are paying close attention to President Trump. White House spokesman Sean Spicer stated during his daily briefing, "The president is committed to an agenda of ensuring human rights for all citizens throughout the world and as we review those policies in Cuba, that will be the forefront in those policy discussions.” About this photo: Street view of La Habana, Cuba, from January 30. Photo credit: Pedro Szekely Flickr / (CC BY-SA 2.0)
Editors' Picks

Michael Hudson, author and distinguished research professor of economics at the Univ. of Missouri, explains how the media and academia use well-crafted euphemisms to conceal how the economy really works.

A Turkish referendum is coming up in April. If it passes, Erdogan will increase his power in ways that make many in the West uncomfortable. Recently two Turkish ministers had events in Germany cancelled amid security concerns. Meanwhile, thousands in Turkey are losing civil liberties – such as the right to free speech – after last year’s attempted coup. Thus a burgeoning war of words over freedoms has occurred between the countries.

After being notified that his “travel privileges were being reviewed,” a Pakistani-born American citizen has canceled a trip to Toronto where he was to speak out against President Donald Trump.

Obama and Trump Agree on Not Arming Ukraine (Jimmy)

According to journalist Glenn Greenwald, “The general Russia approach that Democrats now routinely depict as treasonous – avoiding confrontation with and even accommodating Russian interests, not just in Ukraine but also in Syria – was one of the defining traits of Obama’s foreign policy.”

The Terminal High Altitude Area Defense System(THAAD) was planned during the Obama administration and, finally, is coming into fruition under Trump. Supporters in US and South Korea say the system will allow retaliation and/or prevention against strikes by North Korea. Detractors say the weapon system is designed as a warning against China.