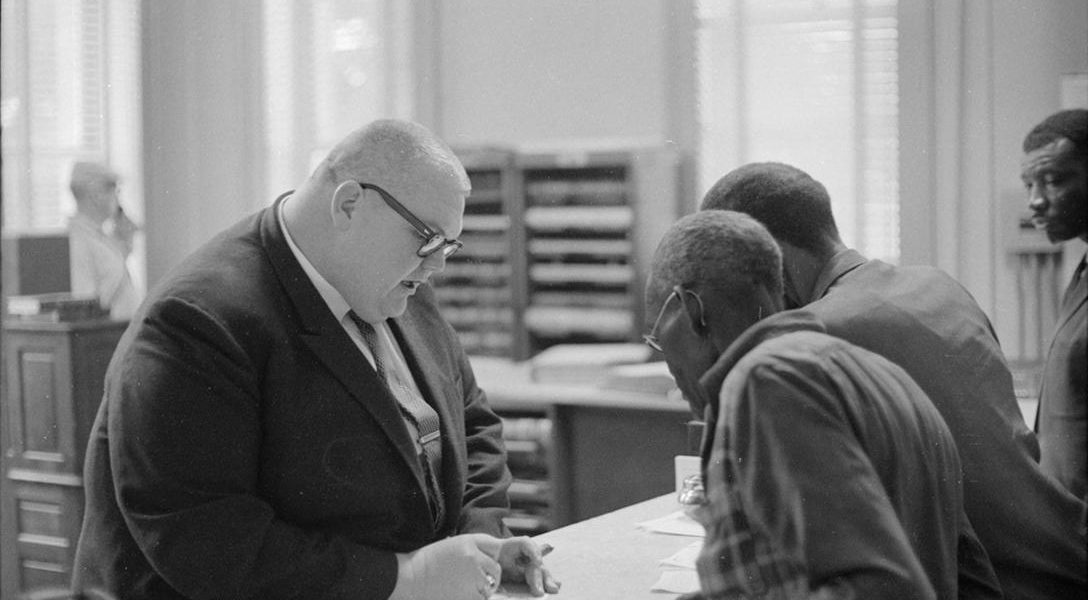 Voter ID: Last Friday, the State Board of Elections of North Carolina reported on an audit of the 2016 election. It concluded that only one case of voter fraud would have been avoided with a voter ID law. That is one case in the nearly 4.8 Million votes cast. About this photo: African Americans registering to vote in the South, January 22, 1964. Photo credit: Mississippi Department of Archives and History / Flickr
Editors' Picks

As the idea gains more and more support in California, the state’s senior senator dismisses it as a “complete takeover by the government of all health care.”

There is no cure for HIV, but scientists have learned how to shut down the virus from infected cells in animals by excising the HIV DNA from the genomes of animals.

Despite the fact that almost half the no-voters who were polled at this year’s American Institute of Architects business meeting believe that WTC Building 7 was likely brought down by controlled demolition, only 4% of the delegates voted for a new investigation.The number is down from 11% last year.

What Else is Wrong with NYT’s Op-Ed (Reader Steve)

Think Bret Stephens is the only one to make your blood boil? Think again.

Ms. Ivanka Trump has had a close relationship with her father since her days of modeling. Now her current advocacy on women’s issues seems to have risen out of a branding strategy created for her business. As she tries learning how to perform in her new White House role, her views and relationship to the President are examined further.

Mehdi Hassan writes, “How many Americans…are aware of the fact that U.S. planes dropped on the Korean peninsula more bombs — 635,000 tons — and napalm — 32,557 tons — than during the entire Pacific campaign against the Japanese during World War II?”