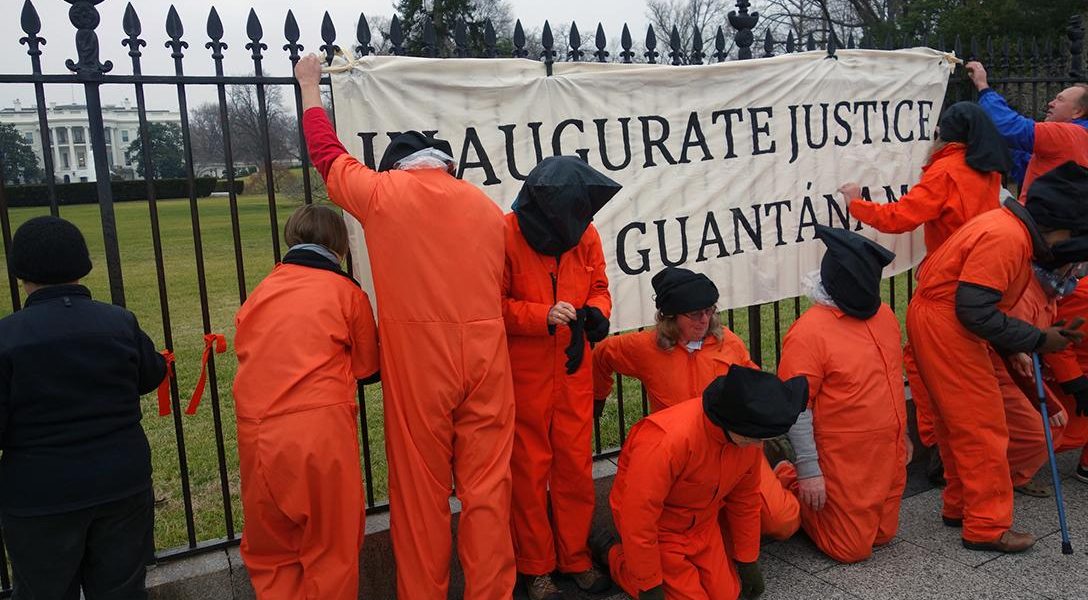 In the News: Barack Obama arranged a gift for President Trump, a new fence around the White House grounds. The 11-foot-7-inch fence will be taller than the current fence and have wider and stronger pickets. The design blends in with the historic setting while incorporating anti-climb and intrusion detection technology. About this photo: A close Guantanamo demonstration at the White House, January 11, 2013. Photo credit: Steve Rhodes / Flickr (CC BY-NC-ND 2.0)
Editors' Picks

On Tuesday, the 9th Circuit Court of Appeals narrowed its focus to whether a lower court’s restraining order on the ban should hold while a challenge proceeds. Two states, Washington and Minnesota, are suing to invalidate Trump’s order.

NSA Emails on Enemy of the State (Matthew)

NSA was so “shocked” and “appalled” by their depiction in the ’98 Hollywood thriller Enemy of the State they initiated warm and fuzzy PR strategy to deal with public apprehension.

Methane is a potent greenhouse gas. A new study says oil production can result in methane emissions up to twice as high as estimated by ‘simplistic’ data collection systems.

Disney was the last in line after DreamWorks Animation, Sony Pictures Animation, and 20th Century Fox’s Blue Sky Studios to settle a class-action lawsuit around anti-poaching practices in which the plaintiffs, a group of animation studio and visual effects workers, claimed the policies kept their wages from rising.