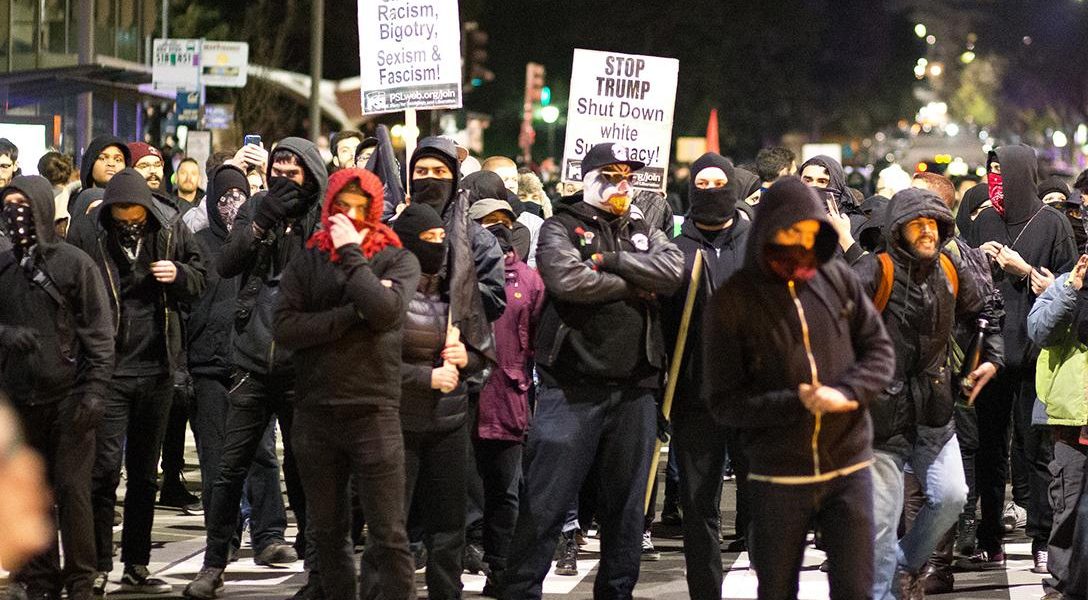 In the News: During the protest against Milo Yiannopoulos at UC Berkeley last Wednesday, there were reports of assaults and property damage perpetrated by people wearing masks. No one has been arrested or charged with committing violent acts. One person was arrested on suspicion of remaining “in the place of a riot,” according to UCPD spokesperson Sgt. Sabrina Reich. Photo credit: Joe Parks / Flickr (CC BY-NC 2.0)
Editors' Picks

If all politics is personal, does that apply to shrinks as well? When one psychologist called for the removal of Donald Trump from office because he is dangerously mentally ill, others decried such a diagnosis from afar as professional misconduct.

Was rural, and some metropolitan, America duped into believing Trump would stray from intervention? It increasingly appears so.

Photos of Maximum Security Prisons: US vs. Norway (Jimmy)

These photos show the stark contrast in prison conditions and philosophy from these two super-max prisons. Can the US learn anything from studying how Norway treats their inmates?

President Trump’s TV watching habits are well known enough that networks are hiking ad rates during the shows that he is known to watch, such as MSNBC’s Morning Joe, and Fox News’s The O’Reilly Factor. Want to try and influence the president? Better cough up the dough, mac.

Obama’s ‘Pivot to Asia’ was predicated on forging trade alliances and  building up the military of “allies” (e.g. Vietnam) to isolate China. Trump appears to be just fine continuing that trend.