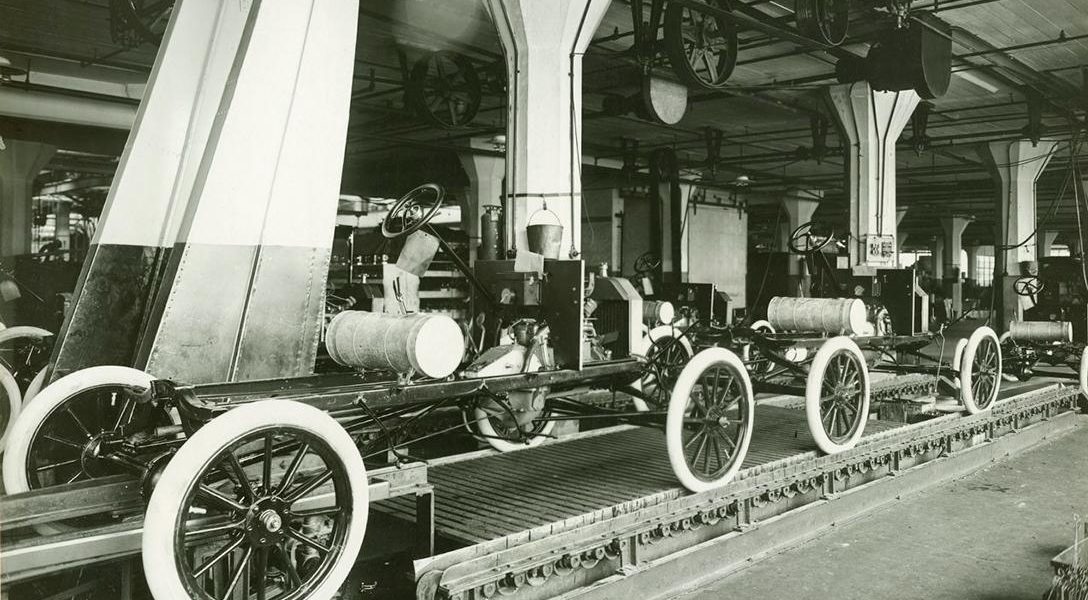 On this Day in 1914: The Ford Motor Company doubled assembly line worker pay to $5 per day and instituted an eight hour shift. This was followed by an increase in productivity and profits for the auto maker. About this photo: Assembly line at the Ford Motor Company in Detroit, Michigan, August 1914. Photo credit: Tekniska museet / Flickr (CC BY 2.0)
Editors' Picks

Articles about Russia spreading “fake news” and attacking the US power grid were both quietly retracted after going massively viral, details The Intercept.

The FBI reportedly relied upon the third-party security company CrowdStrike for analysis. No US intelligence agency conducted a forensic examination of the servers according to an intelligence official.

2016 was supposed to be the year of bipartisan criminal justice reform. That is until hard-line law-and-order conservatives pushed back against massive establishment (and some grass roots) support. Despite the setback, Senate Justice Chair Chuck Grassley (R-Iowa) is considering another push for reform.

In a letter to Obama asking for clemency for Native American activist Leonard Peltier, the former US Attorney who prosecuted him says 40 years behind bars is enough. Peltier was convicted of the deaths of two FBI agents in a wild shoot-out at the Pine Ridge Indian Reservation in South Dakota.

The Senator used the prop to remind the Senate of Trump’s 2015 promise not to cut Medicare, Medicaid or Social Security.

The CIA and the Office of the Director of National Intelligence (ODNI) are reportedly in Trump’s plan to downsize and restructure.