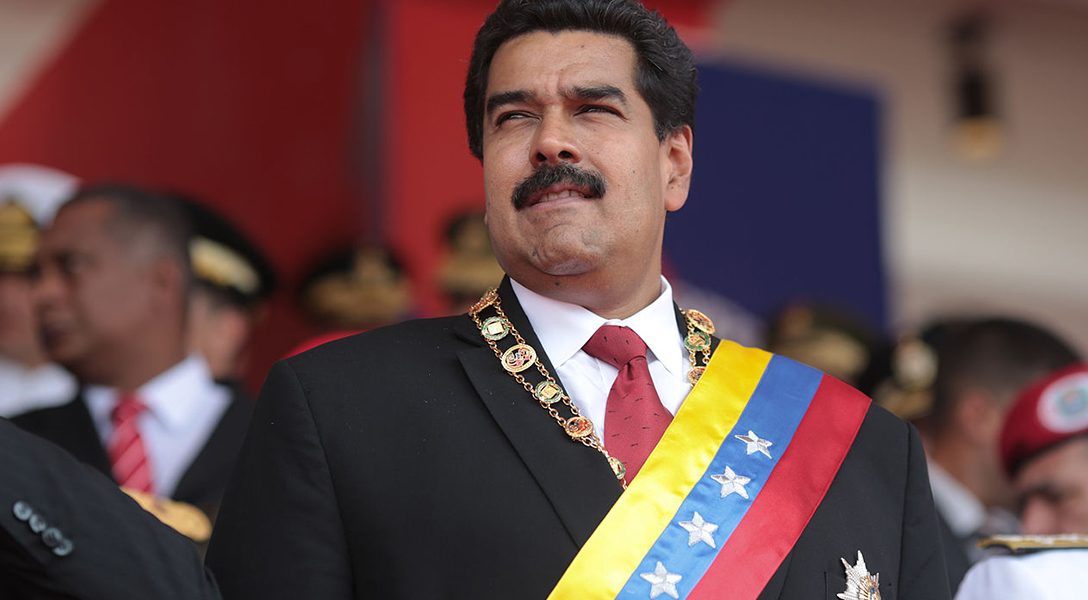 With the election of far-right candidate Jair Bolsonaro as Brazil’s new president, experts warn of the possibility of a military incursion into neighboring Venezuela. It is known that the Trump administration held secret talks with Venezuelan military officers about trying to overthrow President Nicolas Maduro (above). Photo credit: Hugoshi / Wikimedia (CC BY-SA 4.0)
Editors' Picks

Why Do Refugees Caravan to the US Border? Because They Are Fleeing Conditions the US Helped Create (Reader Steve)

The author writes, “As I see the daily news images of people from Central America, young and old, carrying bags of their worldly goods and pushing baby strollers, I wonder: What kinds of deprivation propel a person to leave everything they know and set out on the dangerous and difficult journey of a refugee? What is, if anything, my obligation to them as fellow human beings? And what is, if anything, my responsibility as an American citizen for creating the conditions from which many flee?”

The author writes, “The top three wealthiest billionaires in the US — Jeff Bezos, Bill Gates and Warren Buffett — now have as much wealth as the bottom half of the US population combined. This is possible because the bottom fifth of US households are underwater, with zero or negative net worth. And the next fifth has so few assets to fall back on that they live in fear of destitution.”

The author writes, “Despite mounting evidence to the contrary, White House economic adviser Larry Kudlow said Thursday that corporate tax cuts are the best way to lift low-income Americans out of poverty — not a federal minimum wage hike, which he denounced as ‘silly.’”

The author writes, “The Trump administration is allowing Wisconsin to become the first state to compel certain poor residents to disclose behavior such as drinking and exercise to qualify for Medicaid — and to charge more to people whose behavior the state judges as risky.”