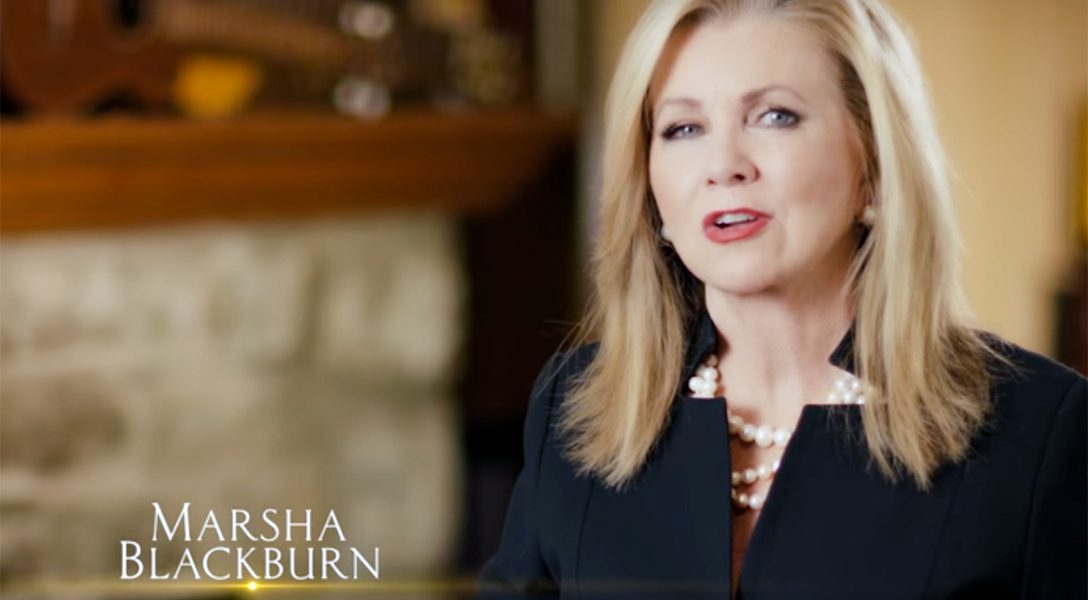 Twitter Flip-flop: Twitter brought increased attention to US Rep. Marsha Blackburn's online video announcing her campaign for US Senate. The company pulled Blackburn's ad because in it she claimed "I fought Planned Parenthood and we stopped the sale of baby body parts." Twitter informed the Blackburn campaign that the line "had been deemed an inflammatory statement that is likely to evoke a strong negative reaction." Then Twitter reversed their decision. Photo credit: Marsha Blackburn For Senate / YouTube
Editors' Picks

For several hours Wednesday, visitors to the site were given fraudulent Adobe Flash updates, infecting their computers with adware “detected by only three of 65 antivirus providers.”

This article details why China is a bigger threat than Russia. And why it’s much less publicized.

“The ECB expects repayments on its Greek bonds with one hand while approving Greece’s reform progress with the other. The Bank is literally sitting at all sides of the table,” said Mr. Hoffmann-Axthelm.

Will the Trump Effect Elect a Muslim Governor in Michigan? (Russ)

In nearly all political movements, momentum swings both ways. With Trump, however, momentum is already swinging back the other way. At least that is what many think is happening in the battleground state of Michigan, which narrowly elected Trump last November. Now Muslim candidate Abdulraham El-Sayed is running for governor. The election will prove yet another test of Trump’s popularity after a contentious first year.

Why Europe Needs a New Deal, Not Breakup (Jimmy)

Economists Yanis Varoufakis and James K. Galbraith argue that retreating to the nation-state will only benefit the far right — what’s needed instead is a European New Deal.