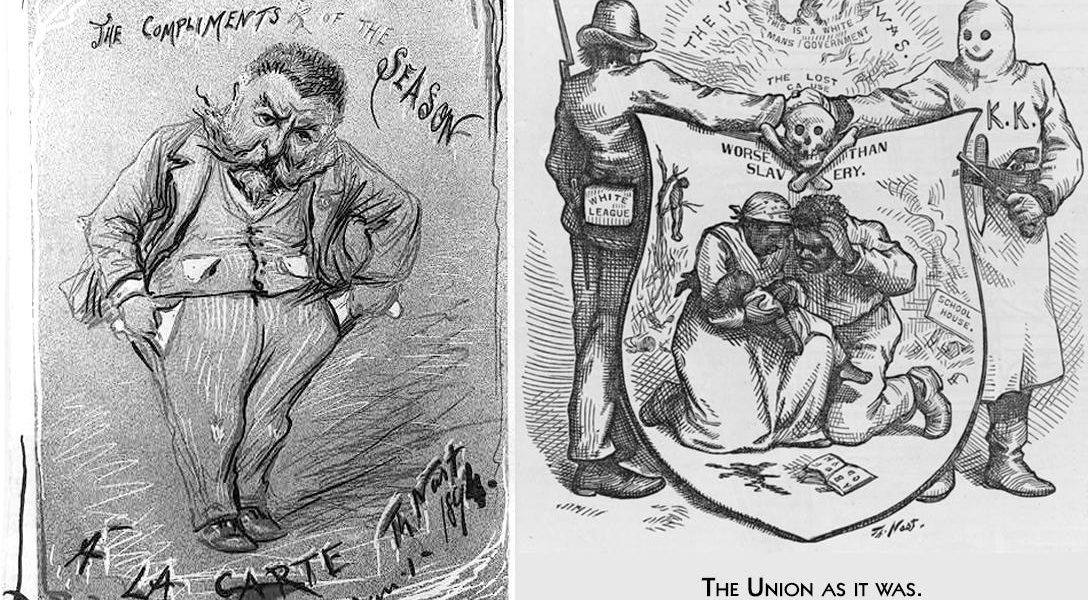 On this Day: Thomas Nast, often cited as the father of the American political cartoon, was born on this day in 1840. Nast is credited with popularizing the elephant as a symbol of the Republican Party and our modern representation of Santa Claus. Some of his work was racist towards the Irish and other ethnic groups, but he was an ardent critic of slavery, crime and corruption. About these illustrations: Thomas Nast self portrait (right). White League and Ku Klux Klan terrorize African Americans during Reconstruction. Photo credit: Thomas Nast / Library of Congress and Harper's Weekly / Library of Congress
Editors' Picks

Lots of Books Are Banned in Texas Prisons, but Not ‘Mein Kampf’ (Klaus)

Prisoners in Texas are prohibited from reading thousands of books, but lots of white supremacist literature is not banned.

Hopes to bring back “seditious libel” — this is a huge deal.

What Mexico and Mexicans Think About NAFTA (Dan)

The infamous trade deal has helped grow the major cities, but does it translate into wealth for the country and the people?

Stopped while on her way to do an interview with MSNBC, Stein was soon loaded into a van which took her off campus, and was told “not to do any more press.” She then answered debate questions via Twitter and Facebook.