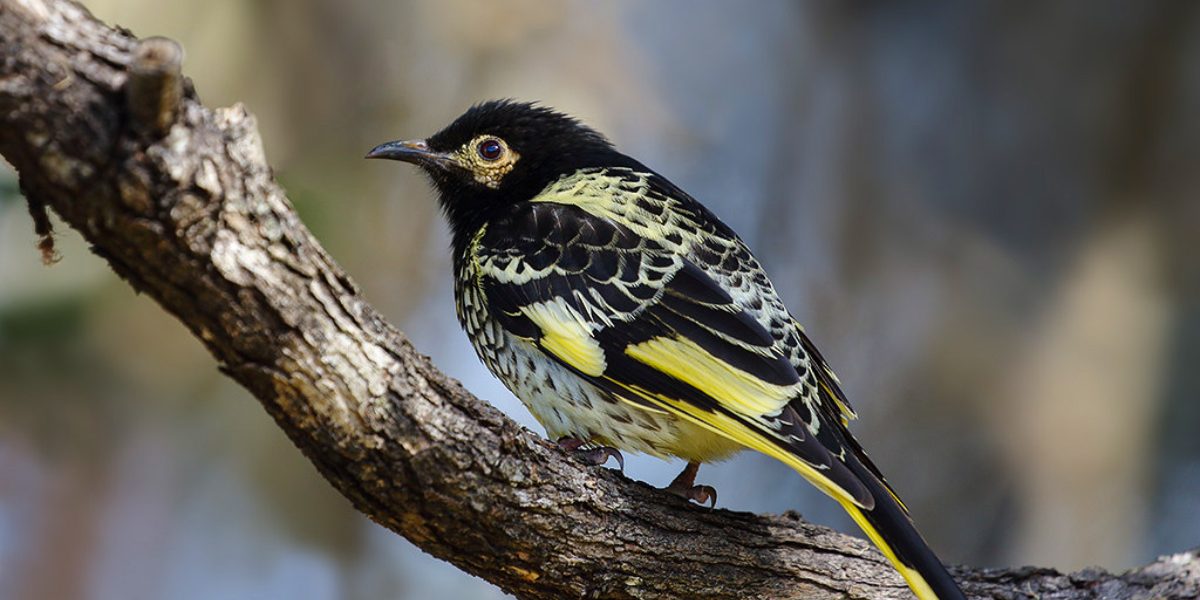 The author writes, “A rare songbird has become so threatened that it has started to lose its song, scientists say. The regent honeyeater, once abundant in southeast Australia, is now listed as critically endangered; just 300 remain in the world. ‘They don’t get the chance to hang around with other honeyeaters and learn what they’re supposed to sound like,’ explained Dr. Ross Crates. ... Crates, a member of the Difficult Bird Research Group at the Australian National University in Canberra, is now trying to preserve the birds’ song by teaching captive honeyeaters the songs of their wild relatives.” Photo credit: Brian McCauley / Flickr (CC BY-NC 2.0)
Editors' Picks

The author writes, “The FBI is facing new scrutiny for its 2018 background check of Brett Kavanaugh, the supreme court justice, after a lawmaker suggested that the investigation may have been ‘fake.’ Sheldon Whitehouse, a Democratic senator and former prosecutor who serves on the judiciary committee, is calling on the newly-confirmed attorney general, Merrick Garland, to help facilitate ‘proper oversight’ by the Senate into questions about how thoroughly the FBI investigated Kavanaugh during his confirmation hearing.”

Seattle Has Been Defunding the Police Exactly Backward (Reader Steve)

From the Seattle Times: “The problem with Seattle’s experiment in defunding the police so far isn’t that there are now fewer police. It’s that they weren’t replaced with anything. ‘I feel like the city is doing defund the police backward,’ says Jeff Anderson. ‘They started with what they should have done last.’ Anderson, a manager of an architecture firm in Belltown, has found himself in the thick of it. Like a lot of companies there, his has been struggling daily with low-level street crime outside the office — drug dealing, trespassing, vandalism and so on. For the past six months, the front of the company’s building on Third Avenue has been the site of a small tent encampment.”

The author writes, “An international survey by Patient-Led Research for COVID‑19, one of various groups drawing attention to persisting problems, asked nearly 3,800 patients with ongoing illness to describe their symptoms. A significant number — 85.9 percent — reported having relapses in the months after their initial infection, usually triggered by mental or physical exertion. … Many patients were experiencing severe fatigue and brain fog. Other patients suffered from chest tightness and tachycardia — a condition in which the heart beats more than 100 times a minute — when they stood up or walked. Others had diarrhea and lost their appetite; some had terrible bone pain. Nearly a quarter said they were still unable to work; many had gone on disability or taken medical leave. Patient groups of COVID‑19 ‘long-haulers’ were springing up on Facebook and elsewhere online, where people shared data and compared notes about what they began to call ‘long COVID.’”

From Business Insider: “Spain is set to become one of the first countries to test out a four-day workweek, an experiment advocates have long argued boosts productivity and creativity among workers. … The Spanish government agreed to a pilot program earlier this year at the urging of left-wing party Más País and has been meeting with the group party since to dictate terms of the program. While details haven’t yet been solidified, Más País is proposing a three-year, 50-million-euro project that would allow companies to test out a 32-hour workweek without docking employee pay.”

Antarctica: Close-Up View of Crack That Made Mega-Iceberg (Mili)

The author writes, “Very high resolution imagery has been released of the crack that resulted in the calving of Antarctica’s latest mega-iceberg.”