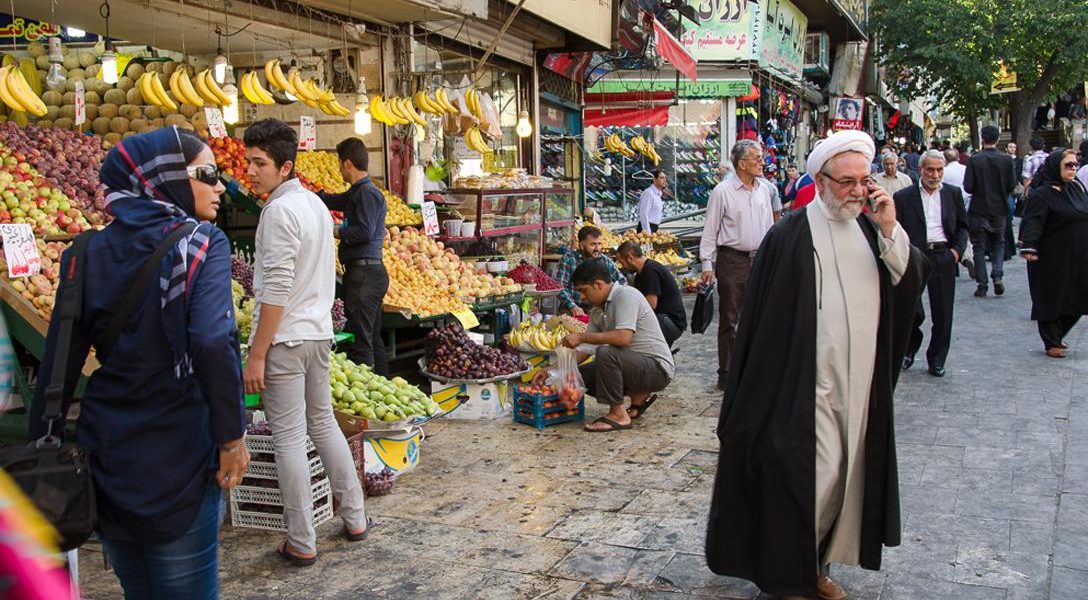 PICKS are articles from around the web, either selected by our editors or recommended by readers.

Speaking in English to a Belgrade crowd on September 6th, a young Syrian woman, perhaps associated with the Assad regime, challenged the motives of refugees fleeing her country. She called them “jihadists” who have an economic incentive to leave. “She also questioned the West’s motives, saying, in part: “Let me ask you, if the West doesn’t want those refugees or doesn’t want them to die in the sea, why doesn’t it stop the sanction on Syrian people that already cost Syria $143 billion dollars? If it is not the West’s agenda, why it doesn’t help those Syrians to stay by supporting the Syrian army to get rid of the terrorists and make Syria safe again?”

You can watch video of her statement, with English transcript, here.

Here is a truly disturbing scene that may remind you of Nazi Germany, and you may not have the stomach to watch: A TV camerawoman kicking migrants, including children, as they run from a police line in southern Hungary. The woman, Petra Laszlo, actually tripped a man running with a child in his arms. And she kicked another child on the run. Footage of these incidents from the camerawoman’s perspective later appeared on N1TV, a right-wing Internet-based TV station.

The woman was fired, and her boss posted a statement on N1TV’s Facebook page:

“An N1TV colleague today behaved in an unacceptable way at the Roszke collection point. The camerawoman’s employment contract has been terminated with immediate effect as of today, we consider the matter closed.” Not closed for us: Why did this woman feel free to do this in front of so many people, including police — and cameras? She must believe this is acceptable behavior in Hungary. Is she right?

A new study has found that half of all US adults have diabetes or pre-diabetes. Published in JAMA, the Journal of the American Medical Association, the study involved more than 26,000 individuals, who participated in surveys that spanned several years.

During that time, the incidence of diabetes increased across all racial and ethnic groups, the study found. In addition to the personal costs for those who suffer from the disease, the disease is also taking a heavy toll on society as a whole.

“Diabetes is a major cause of morbidity and mortality in the United States, costing an estimated $245 billion in 2012 due to increased use of health resources and lost productivity,” the study concluded.

Will Arkansas Lawmakers Accept Baphomet as Their Lord and Savior?  (Klaus)

The “Satanic Temple,” a group that says it “facilitates the communication and mobilization of politically aware Satanists, secularists, and advocates for individual liberty,” has formally petitioned the Arkansas Capitol Arts and Grounds Commission to place a statue of its deity Baphomet on the grounds of the state’s Capitol building.

The Satanic Temple is often considered to be a satirical organization that calls itself a religion in order to highlight instances in which governments try to blur the lines between church and state. For example, last year the group distributed “educational religious materials to students” after the school board of Orange County, Florida, allowed religious materials to be handed out in public schools.

The group’s Arkansas petition is the result of a law passed by the state’s legislature. It allows a monument of the Ten Commandments to be placed on the Capitol grounds.

“The Arkansas Legislature unwittingly opened the door for our monument to be erected at Little Rock, while they clearly believed they could preference the Ten Commandments,” Satanic Temple spokesman Lucien Greaves said, according to the Arkansas News.

“In fact, the law doesn’t work that way,” he said. “The state either allows for an open forum available to private donors, or it does not. The Legislature doesn’t need to approve our monument, as the approval of the Ten Commandments already established the parameters by which monuments are allowed on Capitol grounds. We clearly meet all their criteria with Baphomet.”

Yesterday we erroneously included a link to Page 2 of the article “Marrying Robots, Killing With Drones, and Making Empty Selfies,” submitted by J. Lemlin — here’s the link to Page 1.

You’d swear you were at Burning Man, not Freezing, Man.

A townhouse? Or a garden? Or both? (Kristina)